GUWAHATI: The Gauhati High Court on Thursday has asked all district authorities to set up fast tract court to deal with the incidents of sexual misconduct against women.

The court issued orders to the district session courts a day after chief minister Sarbanabda Sonowal in a letter to the chief Justice urged him to fast track these cases to expedite the Justice delivery system.

Sonowal, who held video conference with DCs and SPs to speed up the charge sheet filing process in the courts to firmly deal with the guilty. 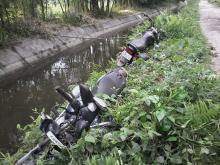 5 Nov 2011 - 10:33pm | Anup Biswas
Keeping in mind the interests and welfare of Kukis in Assam KLO/KLA declare a unilateral ceasefire with the State Govt, Central Govt and security forces in area of operations ie Kuki regions of Assam...