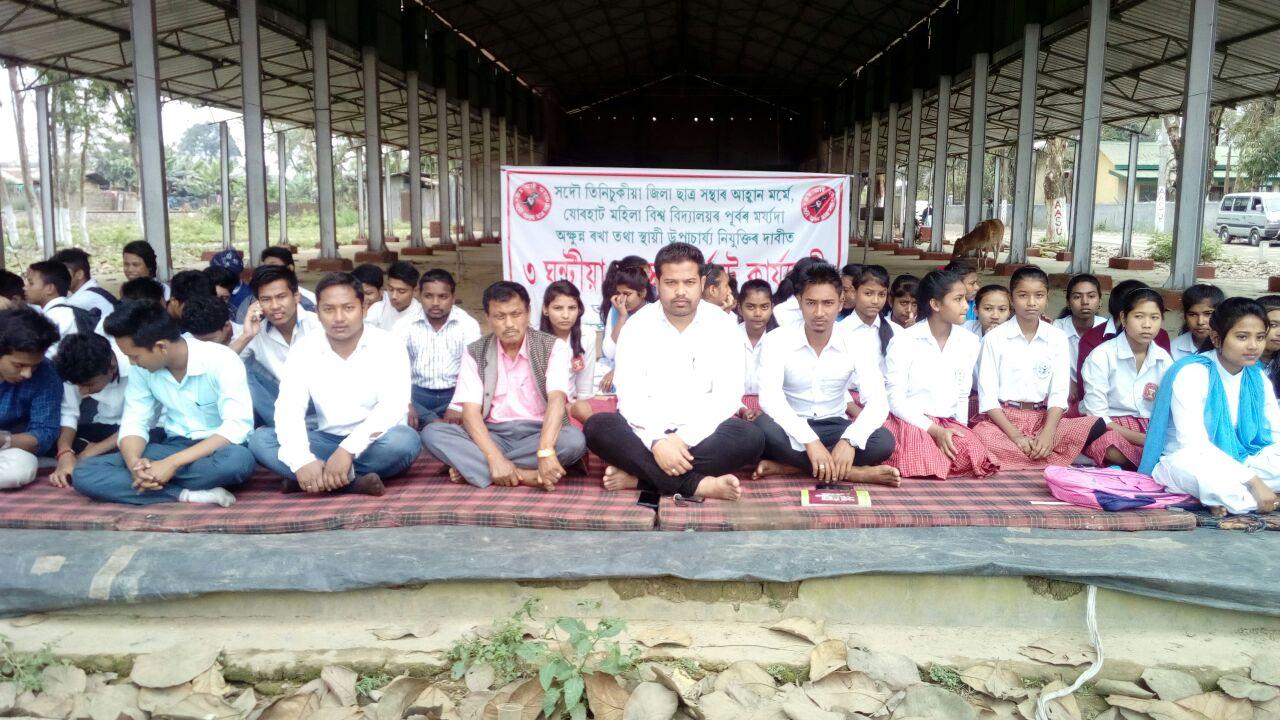 With play cards the agitating students thronged North Margherita Rangamancha where they held the protest for three hours demanding immediate measures to restore the varsity.

“We are fed up with the uncertain fate of Assam Women University- the only university  of the kind. But we have learnt that education minister Himanta Biswa Sharma wants to degrade the varsity into a technical institute which are opposing,”said Bulbul Saikia.

The protestors further demanded  immediate appointment of a full time Vice Chancellor failing which they threatened to intensify the agitation and that AASU would be responsible if any untoward incident takes place, said Dipankar Borgohain and Bulbul Saikia.

25 Jun 2015 - 10:23am | AT News
Dispur’s new move on NRC runs into a hail of protest across the state a day after chief minister advocated the inclusion of names of electorates.Various parties and organizations alleged that it is...

We have not used B&#39;desh soil: Rajkhowa

19 Jan 2009 - 11:16pm | editor
The United Liberation Front of Asom (ULFA) on Monday has made it clear that none of its top leaders have been using the soil of Bangladesh as its base. In a statement ULFA president Arabinda...