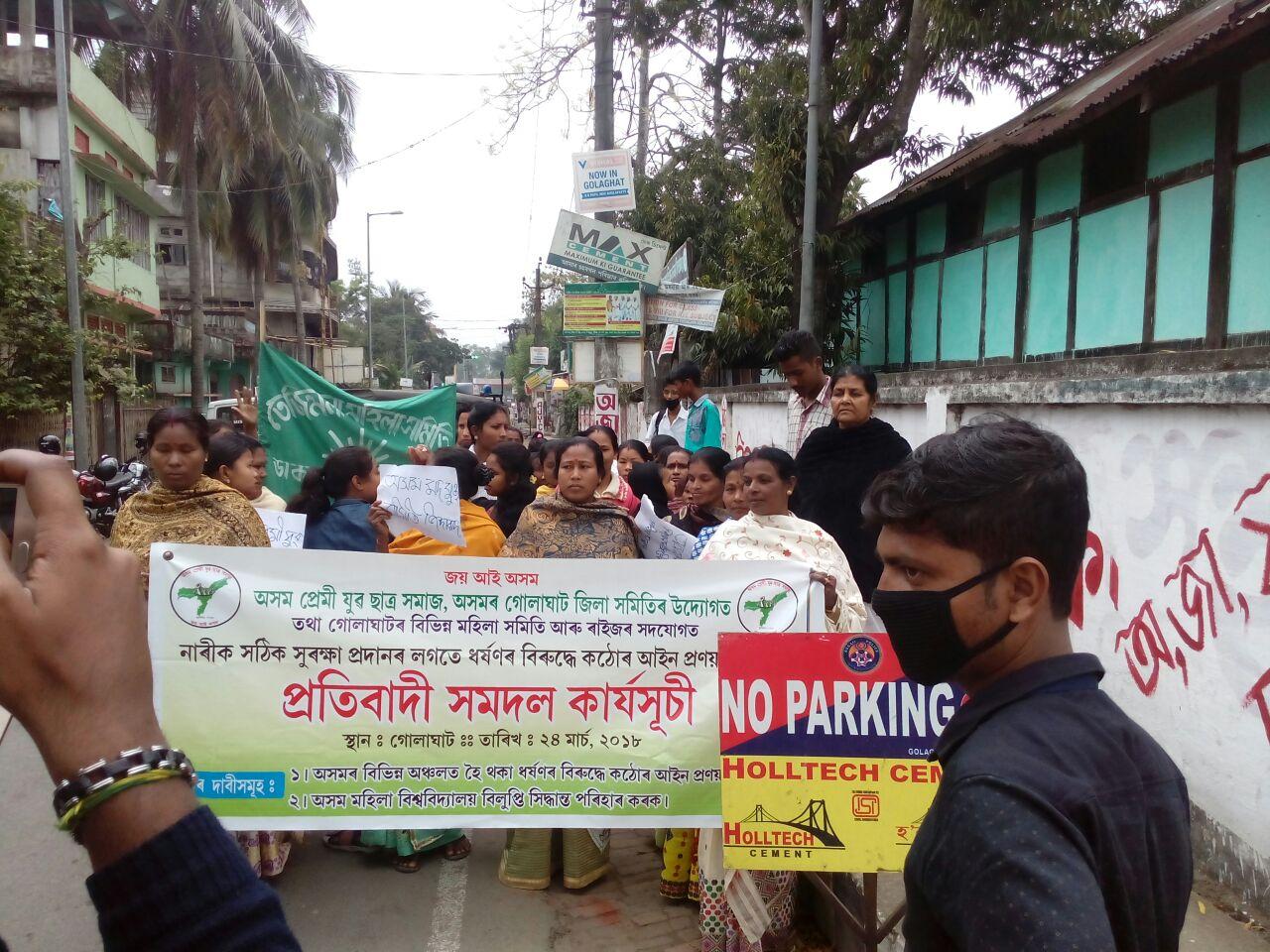 BIJOY K BURAGOHAIN
JORHAT: Hundreds of people hit the streets in Golaghat demanding Justice for the minor girl in Dhing whom three miscreants gangraped and burnt alive on Friday afternoon.

Organized by the Golaghat unit of Asom Premi Yuva Chatra Samaj, over 500 local residents spilled to the roads asking the authority to  immediately arrest the main culprit Zakir Hussain, who is still on the run.

The participating protestors demanded capital punishment for the perpetrators saying that this measure is the only way to firmly deal with these raising cases of rape and murder.

The incident took place in Lalung Gaon where Zakir along with two juvenile gangraped a minor girl inside her house and burnt her alive who succumbed to injuries on the way to Guwahati.

5 Mar 2011 - 2:45am | Anup Biswas
In a pathetic incident, one Chinmay Das aged 32 years constable of 5th APBn engaged as the security to the Deputy Commissioner, Dima Hasao was injured critically when he was cleaning the INSAS... 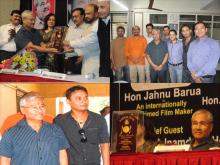 5 Dec 2012 - 1:26am | Pranjal Saikia
Internationally Acclaimed film Director, Jahnu Barua has been conferred with the 1st Bhupen Hazarika National award in recognition to his contribution to Indian cinema. The award, instituted in the...