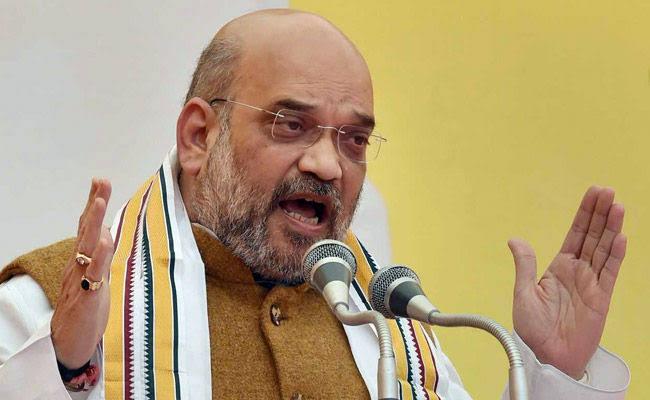 GUWAHATI: BJP is holding a huge rally in Guwahati on Saturday to tighten its base before the panchayat polls in the north eastern state.

Party president Amit Shah is addressing the block and booth level party leaders and workers asking them to gear up for the rural body polls which is two months away.

Several other central and state top leaders are also attending the meeting since the saffron party will go it alone in the poll unlike the assembly polls.

But the party insiders take it differently. A senior party leaders call it an undeclared preparation for the general polls in 2019.

“Preparations are on for panchayat polls. But the ultimate preparations are for the Lok Sabha polls which is one year away. We need to activise the grassroot level workers,” said the party leader.

14 Aug 2016 - 10:15pm | AT News
Forest Minister Pramila Rani Brahma has made an appealed to all militant outfit organisations of the state to come forward for peace process by leaving arms struggle to meet healthy state. In an...

26 May 2018 - 4:59pm | AT News
Millets, the miracle grains from the Southern drylands, Western and Eastern plains, North Eastern and Northern uplands of India connected the farmers, scientists, activists, media persons and...