Golaghat — The Departments of Political Science and Sociology at Don Bosco College Golaghat organised a national seminar entitled ‘Conflicts in South Asia: It’s Consequences and Implications’ in collaboration with Salesian College Sonada Darjeeling from 16 to 17 March 2018.

Prof. Menamparampil, the Chief Guest of the seminar, spoke on a need to build up a “Thought Bank” that will lead to Dialogue and a sense of Co-Belonging – Working for peace. He emphasised the need to promote inter culture communication in which one is able to understand the other and come together through culture translators. It is also important he said to gather people together around great values and high ideals. He invited every community to contribute from its own resources “as we are caught in an inescapable network of mutuality, tied in a single garment of destiny”.

Dr. Pius V Thomas, from Dept of Philosophy, Assam University, Silchar delivering the key note address spoke on “Conflicting Communities to Conversing Cosmo-polities: Counterfactual Ideals against Conflicts” and invited the participants to talk seriously about peace and real conflict resolution where the strangest of the strangers are welcomed.

Principal Dr Jose Palely informed that 37 institutions and universities across the country took part and 67 abstract papers were received in the seminar.

“Each paper presenter was given 7 minutes to present the paper and the participants were given 3 minutes to clarify doubts about the paper,” said Seminar Coordinator Dr. Konsam Jenny.

President of the inaugural session Provincial of Dimapur Salesian province Fr. Nestor Guria spoke on the need to understand the conflict situation and intervene meaningfully by focusing on peace and peace education. 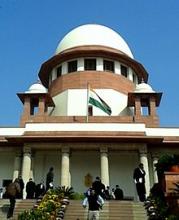 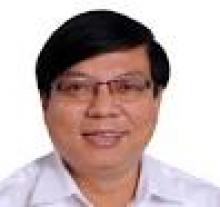 18 Jun 2014 - 9:44pm | AT News
Amid deescalating political temperature in Dispur, chief minister Tarun Gogoi pulls up his sleeves to exercise a drastic  reshuffle of his council of ministers. Sources told Assam Times that...