Kids charred to death in Basistha 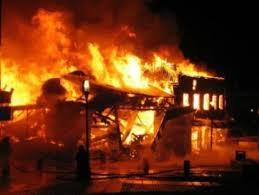 GUWAHATI: Three minor boys were charred to death when suspected miscreants set afire at least ten huts in Guwahati on Tuesday. The incident took place at Patorchi area near Basistha in the wee hours where unidentified miscreants who have been terrorizing these people for the last couple of weeks set on fire the huts.

Local residents told www.assamtimes.com that the three kids could not come out since they were in deep sleep and their parents only managed to come out of the burning huts. A team of police from Basistha arrived in the spot and the situation was brought under control.

12 Nov 2008 - 2:37pm | editor
After being confirmed that NDFB was involved in the recent serial blast in Assam, security forces have been cordoning off an NDFB designated camp in Darrang district since Monday.According to...