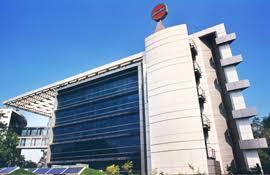 GUWAHATI: In yet another boost for Assam’s economic front the Indian Oil Corporation on Saturday evinces keen interest to invest Rs 3,400 crore in the north eastern state. Top IOC officials who are attending the global investors summit said that the public sector unit will invest the entire amount to set up new unit to boost the operations.

“We are striking a deal with the Assam government by Sunday—just before the end of the two days summit in Guwahati. The entire amount would be invested within the next five years,” said a top OIL official. He said,” we will further improve the capacities of the LPG bottling plants in Guwahati and Silchar. This would be in addition to the enhancement of the petroleum storage capacities in Digboi.”

Save Saleki and Dehing Patkai Elephant Reserve from coal mining

19 May 2020 - 6:31pm | AT News
The Dehing Patkai Elephant Reserve - of which Saleki is a part - is the largest rainforest of India. Referred to as the "Amazon of the East", this virgin forestland stretches for 575 square...

30 Apr 2018 - 11:54am | Nikhil Mundra
Hojai: A worker died when he fell from a tree he was cutting in Hojai sending a pall of gloom on Sunday.   The incident took place at Dimarupar near Nilbagan near Murajhar in the District....