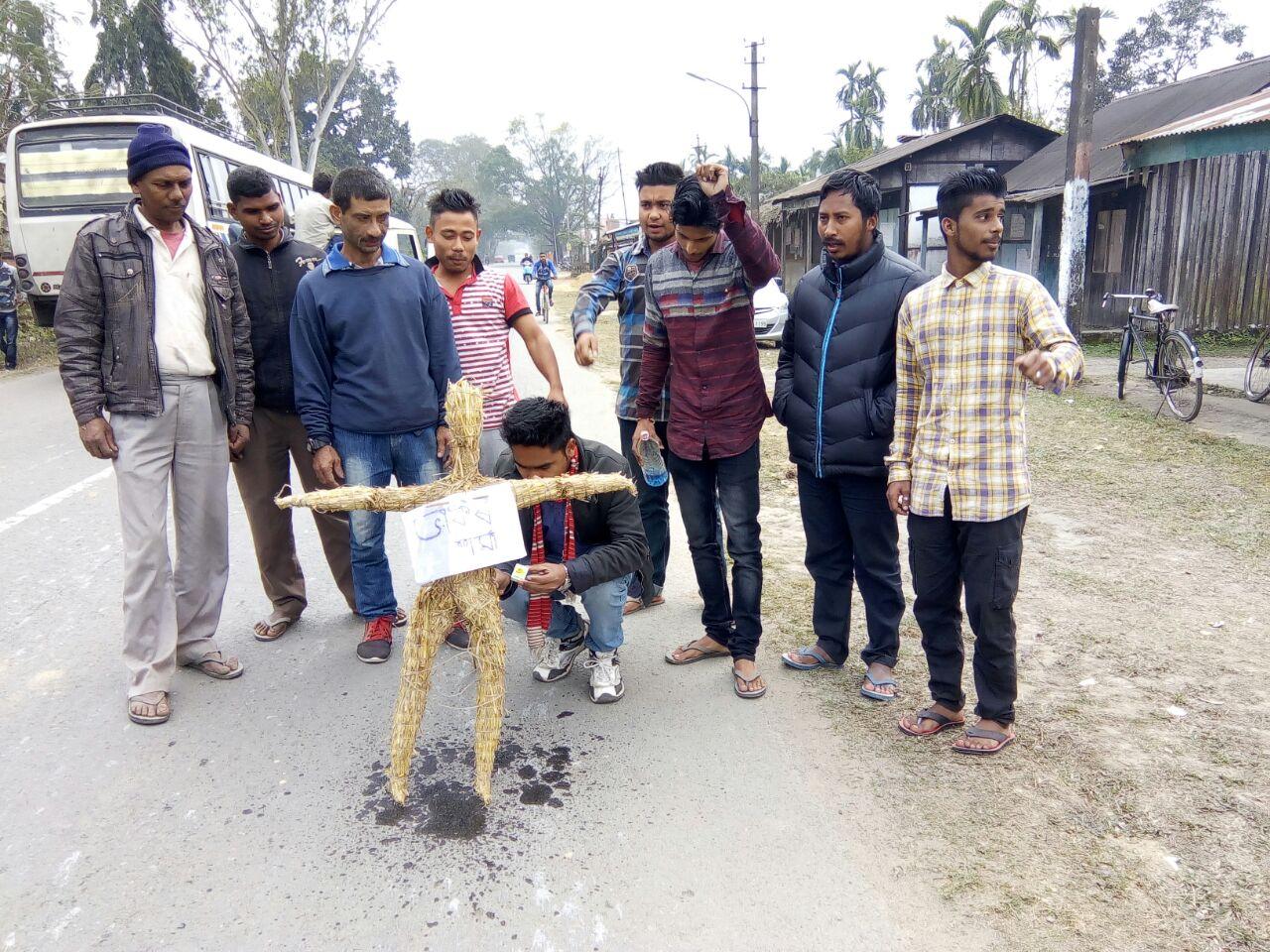 MARGHERITA: The Chatra Mukti Sangram Samity demands immediate arrest of MLA Bhaskar Sarma alleging his involvement in the illegal coal trade. Many workers of the KMSS student wing burnt Sarma's effigy in the town on Thursday in protest against his statement on KMSS leader Akhil Gogoi.

Talking to www.assamtimes.org, CMSS leaders in Margherita Lakhyajyoti Gogoi and Pappu Dutta said they would intensify the stir if Sarma and his associate coal smugglers are not arrested.

30 May 2013 - 10:22am | Ritupallab Saikia
Members of Golaghat Regional Students’ Union today started a week long signature campaign demanding solutions to various problems of Golaghat town. In a press release it was stated that the citizens...