Why No to R-Day! Listen to NE rebels

GUWAHATI: ULFA(I) has released a video opposing the 69th  nationwide Republic Day celebrations slated for Friday. Apart from a speech explaining the reasons behind the futile celebration of the red letter day, the video displays a group of rebels setting afire the national tricolor.  ULFA(I) along with other major north eastern rebel outfits are enforcing a 24 hour general strike opposing the Republic Day on Friday. The rebels in the video have reiterated the appeal to boycott the celebration saying that for decades the ruling clique in the distant Delhi has been depriving the north eastern region and its dumb millions of their rights with colonial suppression. 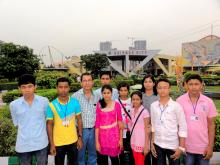 21 Dec 2019 - 4:55pm | Tokika Sumi
We are the Nagas who are proud to be called and recognized as the Naga Nation, who holds the pride in our great Naga history of our ancestors who’s blood is still flowing in our veins. We are the...