1 Aug 2007 - 5:57am | Rituparna Goswami Pande
Cine star Sanjay Dutt popularly known as Munna bhai was sentenced to six years of rigorous imprisonment for the 1993 serial blasts case by a special court in Mumbai on July 31. The curtains came down... 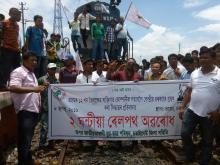