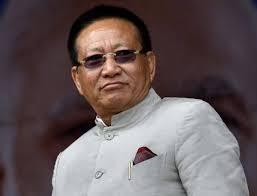 KOHIMA: Nagaland chief Minister TR Zeliang said the north eastern state is in the dire need of permanent peace which is possible only after the solution of the decade old issues. Addressing a public meeting in Akulu town on Sunday, the Chief Minister  said that solution to the protracted Naga political issue must be finalised at the earliest time possible for the sake of peace and harmony of all the Nagas.

He said, "Solution is for all the Nagas and it must arrive for the sake of permanent peace in the land. 'And that is why Solution first and then election,' he stated.Inviting all Naga political groups to come together in unison for a final settlement, Zeliang believed that the land of the Nagas would be among the best in the world once underground movement was resolved. 'We are second to none and given the opportunity, Nagas have the capability to compete at the global level,' he added.

6 Dec 2014 - 8:25am | Inamul Islam
The National Investigation Agency (NIA) will produce Sahanur Alom in court today a day after police arrested from Nalabari district on Friday night in connection with the Burdwan blast.Sources told...