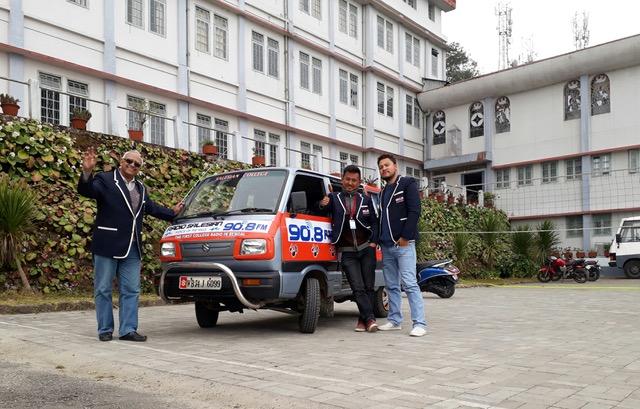 Darjeeling — A college community radio in Darjeeling hills plans to set out on a historic “Indo-Nepal Friendship Tour” with a team of Radio Journalists visiting 7 institutions in Nepal managed by alumni of Salesian College Sonada (SCS) to mark its 80th year celebrations as well as 25th year of Don Bosco Society in Nepal.
The road show also marks first anniversary of Radio Salesian - first college radio in Bengal and entire northeast India. The tour on Radio Salesian Maruti Omni Van is scheduled to start on Sunday 7th January from Sonada passing through Indo-Nepal Kakrabitta border near Siliguri and proceed to Dharan from where Don Bosco Centre Nepal started and reach Kathmandu in West Nepal.
The team members are: Station Director and Vice-Principal Prof. C.M. Paul along with Programme Coordinator RJ Samir Chhetri, senior RJ Sagar Rai and driver Kabi Rai.
“The week-long programme will consist of visiting Don Bosco Institutions, as well as visiting plus two (senior secondary) schools along the way (Kakrabitta, Birtamod, Dharan, Biratnagar, Ithari and Kathmandu) to promote higher education in Salesian College Darjeeling and Siliguri campus,” says SCS Vice-principal Prof. Paul.
Radio Journalist Mr Chhetri adds, “We will also make radio programs on 25 years of Nepal Don Bosco Society and interact with Community Radio stations especially in Dharan - the cradle of Don Bosco Society in Nepal.”
The history of Nepal Don Bosco Society began in 1992 with Dharan centre, in eastern Nepal, initiated by late Fr George Alakulam who ventured out from Don Bosco School Mirik then under the care of SCS.
The Salesians then reached Sirsia (1996), followed by the capital, Kathmandu, with two centers - in Lubhu, established in 1996, and Thecho in 2001 – after which came Baroul and Chakkarghatty (2014) East Nepal and, finally, Biratnagar in 2017 for a total of seven houses, managed today by 18 Salesians from various states around India.
The silver jubilee celebrations (1992-2017) were celebrated on 11 November 2017 at Don Bosco School Biratnagar.
The Nepal Don Bosco Society is engaged in a variety of ministries dedicated to the country's young people - two technical schools, four academic schools, three social outreach centers, four boarding houses, and several non-formal education centers..
They also run a number of social programs, such as scholarships for students and emergency response projects like the aftermath of the tragic earthquakes of 2015.
According to the 2011 census, 81.3% of the Nepalese population was Hindu, 9.0% was Buddhist, 4.4% was Muslim, 3.0% was Kiratist (indigenous ethnic religion), 1.4% was Christian, 0.2% was Sikhs, 0.1% was Jains and 0.6% follow other religions or no religion. There are some 7,000 Catholics out of approximately 29 million people.

4 Feb 2014 - 10:44am | AT News
The Regional Science Centre in Guwahati is all set to get Innovation Hub. The new section is scheduled to be inaugurated at a function in the afternoon.Planning Commission secretary Sindhushree... 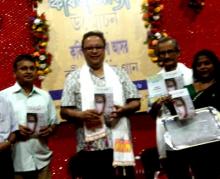