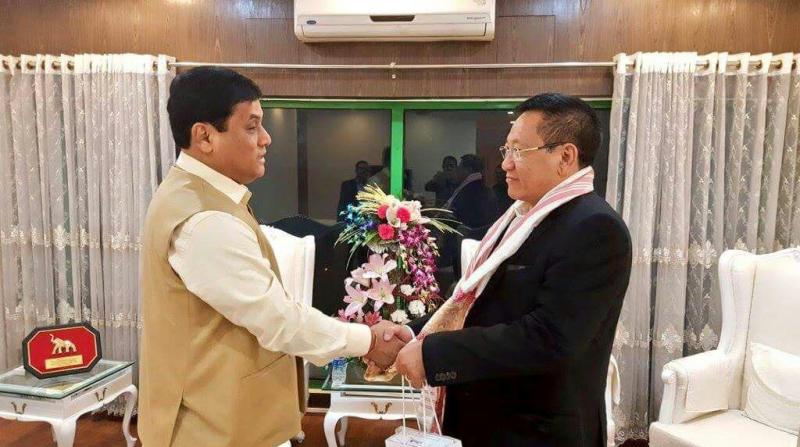 GUWAHATI: Nagaland Chief Minister TR Zeliang and his Assam counterpart Sarbananda Sonowal has met his Assam counterpart Sarbananda Sonowal have agreed to formulate a slew of strategies to move the Centre to improve connectivity network in the north eastern region. The duo met in Guwahati on Monday where they discussed a common strategy for a connectivity boost. New Industrial Policy for North East region in line with Act East Policy and means to meet mounting employment problem in the region also figured in the meeting.

They agreed that unemployment would go out of hand unless a joint approach to facilitate youth uplift was initiated. They mutually agreed to have a Consultative Meet with Chief Ministers of neighbouring States  to formulate such common policies in the near future.