LAKHIMPUR: A strayed rhino from the Kaziranga National Park has been striking no less panic in the Jamuguri area in Lakhimpur district for the last couple of days forcing the forest officials to follow the animal to ensure its safety. But the one horn animal sustained mild injury because of an abortive bid on its life by poachers.

Rajen Malla, a local resident told www.assamtimes.org that the animal was seen roaming on the bare bank of the river Subansiri for the last three days. The forest guards must ensure its safety, said Malla.

A forest official who does not wished to be named said it came from the national park in search of food. "It sustained mild injury because of a poaching attempt. We have been trying to disperse the full grown animal towards Kaziranga with round-the-clock vigil," said the forest official.

Local residents here have slammed the department alleging the failure even to keep the famed animal confined to its abode even after being a heavilly manned department. 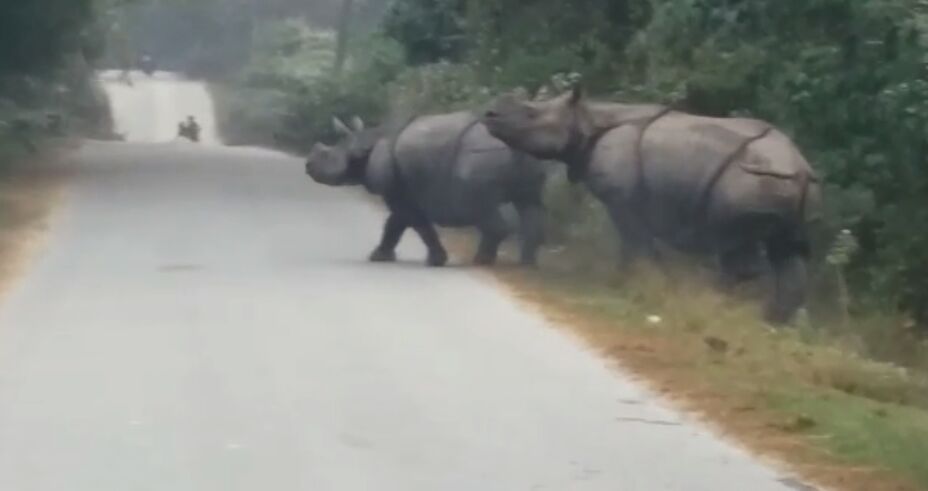 22 Jun 2012 - 10:39pm | Syed Miraz Ahmed
In a communiqué to Assam Times, Chris Miller, South Asia Regional Coordinator for tve stated that as world leaders line up to deliver their final speeches before the official signing of ‘...

24 Jun 2009 - 9:08pm | Jayanta Kumar Das
A day long workshop district level on the historic total solar eclipse of July 22, 2009 has been successfully organized at Mangaldoi on June, 23 for organization and institutions of Darrang and...