GUWAHATI: A huge public convention in Guwahati is set to intensify an agitation demanding immediate release of Akhil Gogoi whom the police in Golapara arrested after the High Court set aside his arrest under the National Security Act.

Talking to www.assamtimes.org, organizers say eminent citizens like Dr Hiren Gohain, Dr Apurba Baruah are addressing the convention slated for December 28. They say without mobilizing people's opinion the government would keep him behind the bars citing one after another cases.

Even after the Gauhati High Court slammed Akhil's arrest citing marked flaws in the process, the government has not felt embarrassed and want to keep him behind the bars.

In a statement issued by a few intellectuals led by Dr Hiren Gohain strongly criticised the BJP led government and called his rearrest an unconstitutional one and harmful for democracy.

The Dibrugarh police arrested Gogoi on September 13 under NSA after he openly appealed to the people to remain prepared for an armed struggle. The high court recently quashed it to be followed by the arrest by Dudhnoi police,

7 Feb 2014 - 1:48pm | AT News
The Asom Gana Parishad steering committee is all set to meet in Guwahati on Friday afternoon to discuss the post-Rajya Sabha poll situation.Reliable sources told Assam Times that the crucial meeting... 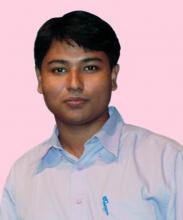