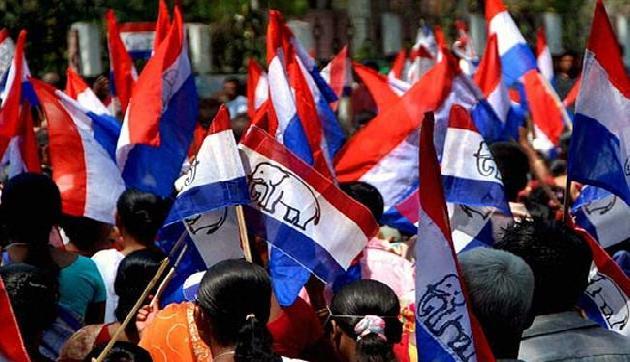 GUWAHATI: An Asom Gana Parishad is dispatching a ten member delegation to New Delhi to oppose the Centre’s move to grant citizenship to the Hindu Bangladeshi immigrants with an amendment of the Citizenship Act, 1955.The regional party and the main coalition partner of the Sarbananda Sonowal Government, who has been opposing the move is holding a citizens’ convention in Guwahati to garner public opinion.

Party leadership said they won’t compromise the Assam Accord, 1985 which would be meaning less if the Hindu Bangladeshi immigrants are given citizenship. Then the party is dispatching a ten member delegation to Union home minister Rajnath Singh to convey their sense of strong opposition.

11 Apr 2008 - 5:05pm | editor
One person has been left seriously injured when security personnel of a private company were resorting to blank firing to disperse a group of people who gheraod an office at Barboruah in Dibrugarh....

17 Dec 2014 - 6:57am | Ranjan K Baruah
Sainik School Goalpara got a new principal after a gap of six months. Major Dipankar Sharma, the Registrar handed over the charge to the new incumbent, Captain Edwin Jothi Rajan who was serving as...