India is reeking under increasing communal polarisation and urgent steps to check it are warranted. Between 24 August and 2 October 2008, more than 300 villages in 14 districts of Orissa state were affected by communal violence. 4,300 houses were burnt and 57 people were killed. 2 women were gang-raped. 149 churches and 13 educational institutions were attacked. In Kartnataka state, 19 churches in 4 districts were attacked and 20 women sustained serious injuries. In other states of India, like in Kerala 3 churches were attacked, in Madhya Pradesh 4 churches were attacked, and one church was attacked in Delhi and Tamil Nadu each. In the state of Uttarakhand, 2 people were killed. In all the above incidents, Christian community was targeted by the Hindu right-wing fundamentalist groups. On other hand, the horrendous incidents of bomb blasts have rocked the country and muslim community is seemingly perceived to be in the dock.

"The politics of communal polarisation has upped since a senior Bhartiya Janta Party (BJP) leader - Lal Krishna Advani, who had declared himself as a prime minister in-waiting, - bore a crushing defeat in the parliament on Indo-US Nuclear Deal, and was also threatened by the rising iconic Mayawati as a potential prime-ministerial candidate" said Dr Sandeep Pandey, Ramon Magsaysay Awardee (2002) and the national convener of National Alliance of People's Movements (NAPM).

They condemned the attempts to divide the nation by creating communal polarization and demanded that the communal organizations should be stopped form doing so. They also appealed to the people of India to protect themselves from communal politics and fail their evil designs.

(The author is a World Health Organization (WHO)’s WNTD Awardee (2008) and writes extensively on health and development. He can be contacted at: bobbyramakant@yahoo.com)

Permalink Submitted by PANKAJ CHAVAN on Mon, 06/10/2008 - 02:48
See the root cause. When God is one why to convert people on unethical basis. When humanity is the root of this world why to differentiate. Stop religious conversion. It creates a feeling of hatred or ban Christianity as they donÃ¢â‚¬â„¢t know how they are making imbalance in society. By taking off the schools by Christians they have shown their true colors. This article is totally one sided. It doesnÃ¢â‚¬â„¢t give a feeling of secularism. 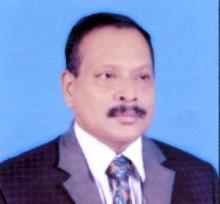 Training for youth at Golaghat

5 Dec 2013 - 10:38am | Suvansu Bora
A 3-days Training on Youth Leadership in Community Development was organized By Nehru Yuva Kendra, Golaghat in collaboration With NASA, Golaghat (a youth organization). The event was held on November...