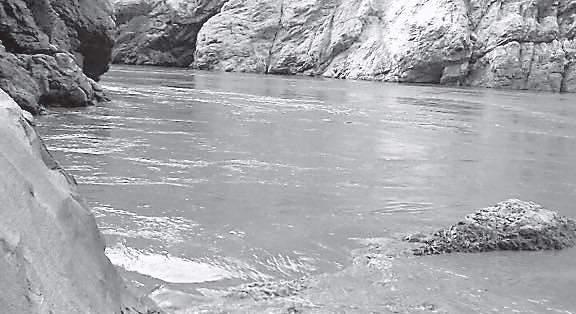 PASIGHAT: The Siang water is not at all fit for human consumption. Turbidity NTU is 482 while Iron as Fe, mg/l is 1.65 which are found to be beyond permissible limit. This was what the findings of the water testing report of the State Water Quality Testing Laboratory (SWQTL), under the Chief Engineer (Sanitation) PHE & WS department in Itanagar submitted the water testing report of Siang River based on the water sample collected and sent on last week.  Experts say at normal levels, iron is not deadly to any aquatic animals but unusually high amounts of iron exist in water may lead to adverse changes in colour, odour and taste of water and has negative effects on aquatic populations, behavior and health.

23 Mar 2014 - 9:04am | AT News
AGP steering committee failed to take any clear cut decision to withdraw the withdrawal of suspension against Padma Hazarika on Saturday.Chaired by president Prafulla Kumar Mahanta, the meeting took...