Passengers of the 15618/Naharlagun - Guwahati InterCity Express  had to face a harrowing time on Sunday after the train was stopped due to a bomb planted at a Railway crossing near Tangla which later turned out to be a hoax. A youth named Bhajan Sarkar spotted a material which had wires coming out he immediately informed the police. A team of police headed by Pranjal Borah, SDPO Bhergaon rushed to the spot. All passengers of the train were disembarked at the station for more than a hour. The material turned out to be an empty case of Vaseline with wires attached. 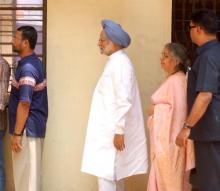 14 Jan 2013 - 5:19pm | AT News
Aaranyak has expressed its deep concern at the continued poaching of rhinos in different parts of Assam. In first two weeks of the new year already rhinos are poached in Kaziranga, Orang and Manas NP... 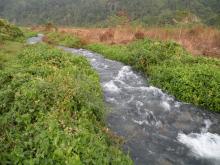