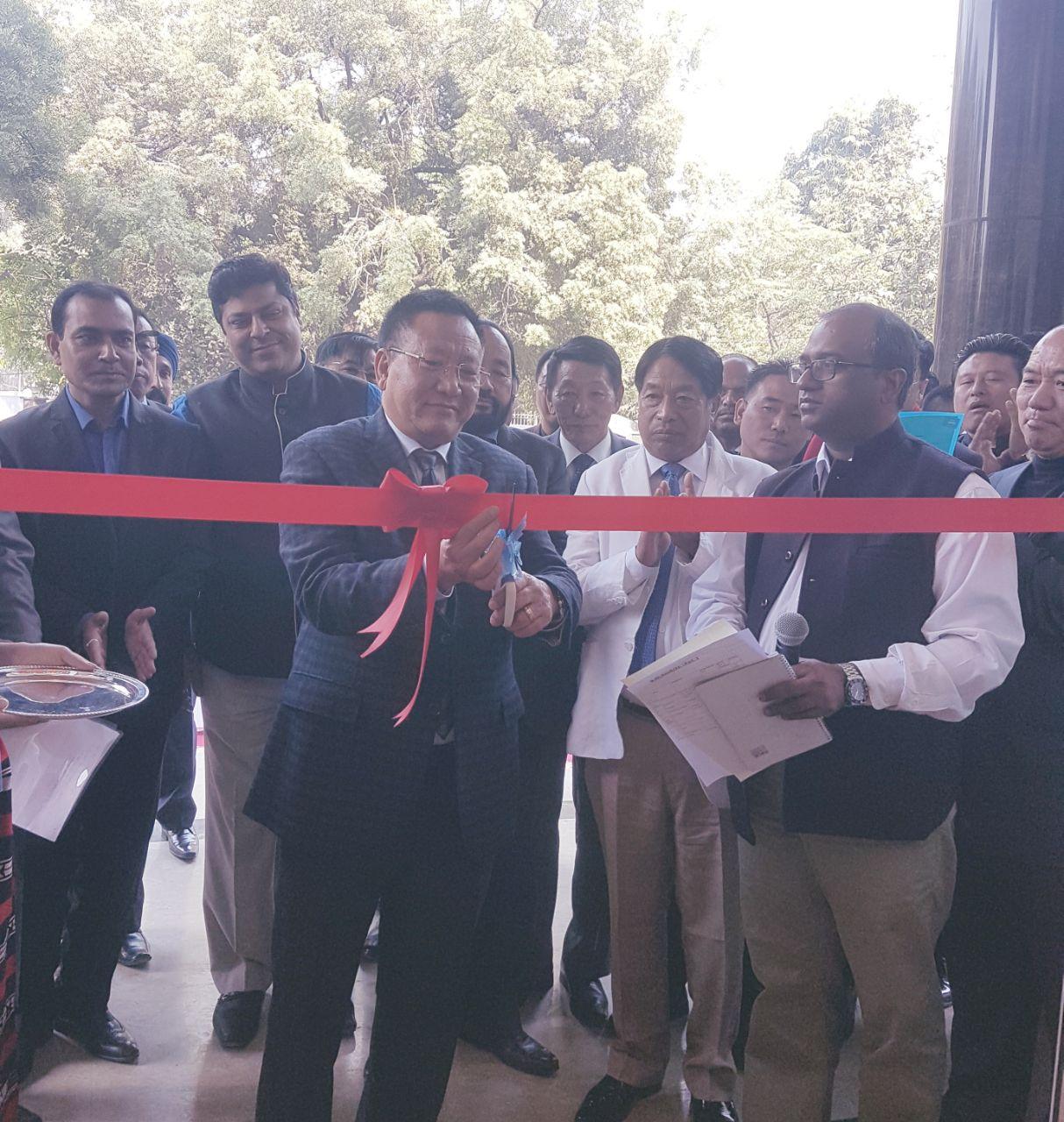 Nagaland gets yet another guest house in New Delhi. Chief minister TR Zeliang opened the new building at RK Puram on Friday marking the fulfillment of a long awaited dream of having a new State Guest House in the capital.

While lauding the efforts of all the people involved in the successful completion of the State Guest House, the Chief Minister called for concerted effort in making the place ‘an attractive, respectable and a homely abode.’

The new State Guest House in the National Capital which has an approximate total plinth area of 4039 square meters with 43 rooms enjoys the luxury of well-designed suites, guest rooms, conference room, dining hall, dormitory for boys and girls, etc. which will act not only as a safe haven for visitors from the State but would go a long way in serving the manifold purposes for the people of Nagaland. ‘It represents the State as would an Embassy to a Foreign mission and is truly a multipurpose premise representing a mini Nagaland,’ the Chief Minister said.

Terming the newly constructed Guest House as a ‘Home away from Home’ which would act as a nerve center for social and cultural activities of the people of Nagaland, Zeliang called upon officials and staff of the Guest House to be conscious of their responsibilities and ensure sound and proper management of the newly constructed building. ‘I am sure the stress and strain, the Nagaland House officials and staff had to undergo, during the past one decade in providing proper accommodation to visitors from Nagaland will be a thing of the past,’ he stated.

While the project was envisaged and sanctioned in March 2007, actual construction could commence in October 2010 only after securing Fund from HUDCO and obtaining obligatory clearance from authorities like the Delhi Development Authority (DDA), Municipal Corporation Delhi (MCD), BSES, Delhi Jal Board, etc. ‘It was only after securing loans from HUDCO that this long awaited dream could be accomplished’ Zeliang recalled.

22 Aug 2014 - 2:52pm | AT News
One after another problems seem to have crushed the spine of the common people in Golaghat these days. A section of businessmen in this trouble torn district has hiked the prices of the essential...

3 Jan 2018 - 10:23am | AT News
DIBRUGARH: Chief Minister Sarbananda Sonowal laid foundation stone of Swadesh Darshan Scheme at Dibru-Saikhowa National Park to develop a theme based tourist circuit in an integrated manner to cater...

Gogoi stable, to be discharged likely

25 Jul 2010 - 1:18pm | editor
Assam Chief Minister Tarun Gogoi is recovering a day after he was admitted Max Hospital in Delhi when complained of high blood pressure. According to information, Gogoi's condition is quite...