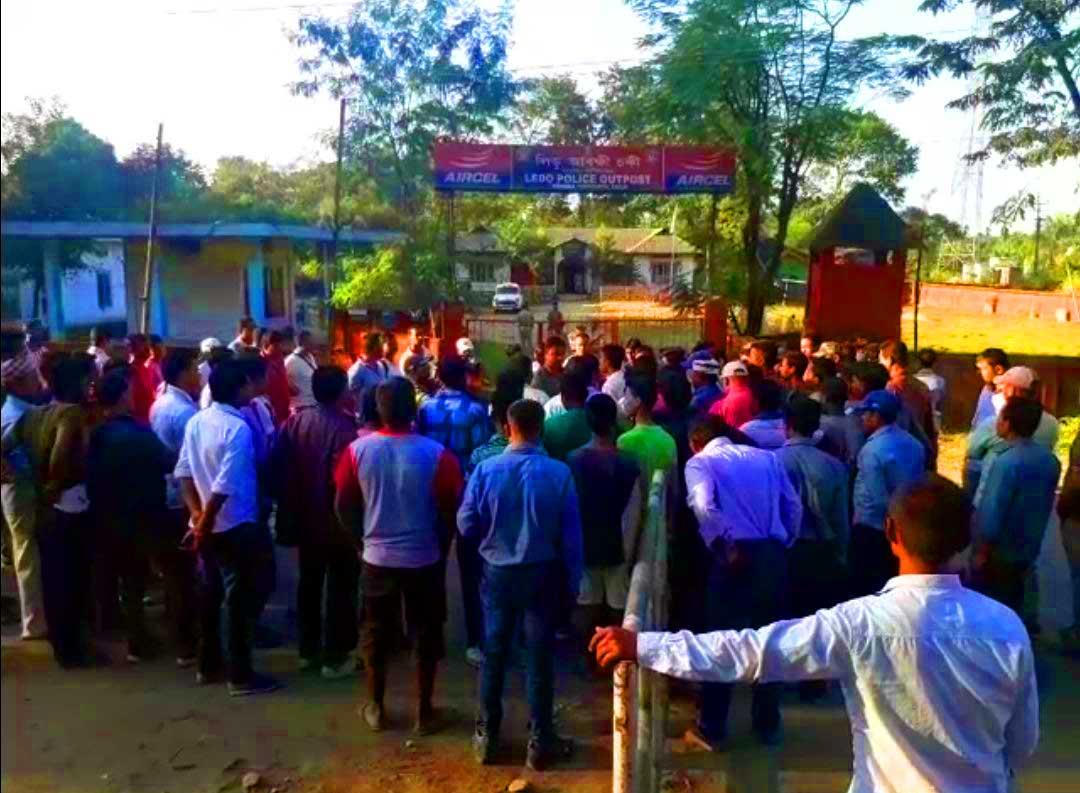 The former ULFA rebels have ended the road blockade in Ledo after the authority released six of their colleagues who were detained for setting afire three huts in Maplang Khamti village. But Colonel Gogoi, who set on fire the houses has yet to be freed.

Earlier, tension refuses to die down in Tinsukia after a group of former ULFA rebels set on fire three huts belonging to the suspected illegal settlers in Ledo area on Sunday.

Dozens of former rebels have blocked the National Highway No 38 in Ledo demanding immediate and unconditional release of their seven colleagues who allegedly set afire the huts after the suspected immigrants who lived in managed to flee from Maplang Khamti village beside the river Burhidihing.

They said that they won't withdraw the blockade at a stone's throw distance from the Ledo outpost only after the release of Jiten Dutta and Colonel Gogoi.

But the administration has yet to clear its position over the logjam resulting in a huge traffic snarl in Margherita.

The incident took place early in the morning when seven former rebels from thr designated camps took the lead of the mob who set on fire three houses allegedly occupied by illegal settlers who vanished before the incident.

Local residents said these families were under scanner of the administration as the preparations were on to evict them on thr basis of their documents.

24 Feb 2008 - 5:59am | editor
Atleast fifteen people have been feared dead at Sonapur when a bus fell into a river after the driver lost his control at the dead of the night on Saturday. According to information, twelve dead body...