NEW DELHI: The uncertainty over the draft of national registrar of citizens refuses to due down if the project nodal officer's report before the Supreme Court is to be believed.

If it so happens then there is simply no chance of the much awaited NRC draft by December 31. Earlier, the nodal officer told the court that only 48 lakh forms were to be verified and out of these 17 lakh doubtful where could be kept aside for verification later. 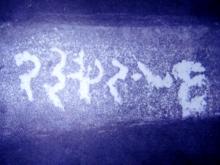 Zero tracks back to Assam

28 Mar 2013 - 2:53pm | Chandan Kumar Duarah
It is not the mainland India, but a little happening Golaghat district in Assam in the nooks of the Northeast where the zero (sunya) originated. Ashok Sarma, a language history researcher with the...