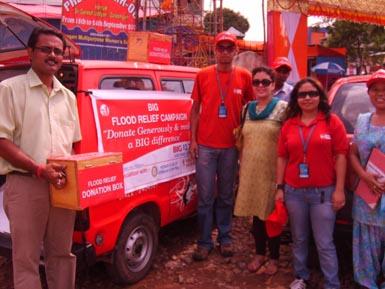 Big 92.7 FM has organized a flood relief campaign at Guwahati in association with Bosco Reach Out and Rotary Club of Guwahati to support the relief measures being undertaken for the flood victims of Assam. The devastating flood which struck every year has rendered thousands of people homeless and left hundreds of victims ailing and in need of support and assistance.

As part of its endeavor the team at BIG 92.7 FM has come forward to support the relief measures by organizing a fund raising campaign. The drive that started from September 22nd have witnessed the their mobile broadcast van visiting colonies, colleges, public hangouts; across the city for the fund raising campaign accompanied by BIG FM RJs and volunteers of Bosco Reach out and Rotary Club. The entire money that will be collected in this campaign will go to the Chief Minister's Relief Fund. On 27th September, they plan to go to Puthimari (some 45 kms west of Guwahati city ) one of the most wrose flood affected area, to distribute cloths, food items and other objects.

Talking this correspondent Marketing Executive of Big FM Prakash Sharma said that it is a intiative throughout the country to reach out the needy people. On fund raising campaign RJ Sujita said that it has been both very emotional and frustating moment as many people donate generously while we need to encounter tough people too. People have donated even Rs.2 to Rs.2000 as noted in the CM Relief Fund cash collection register. Notably students of various institutes college in particular listeners of Big FM have donated handfully. Assam Times too appeals its readers to donate generously for this noble cause. 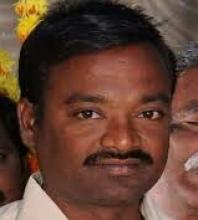 26 Dec 2014 - 11:39pm | Rashmita Gogoi
The Army pulls up its sleeves to intensify its crackdown against NDFB-S militants after they killed over 70 people in the recent carnage in Kokrajhar and Sinitput districts on Tuesday.Steps are on to...

24 Dec 2017 - 2:48pm | AT News
DUDHNOI: A local court in Dudhnoi sent Akhil Gogoi to fourteen days judicial custody after the police produced the KMSS leader before it on Sunday. The court, however, is hearing his bail...