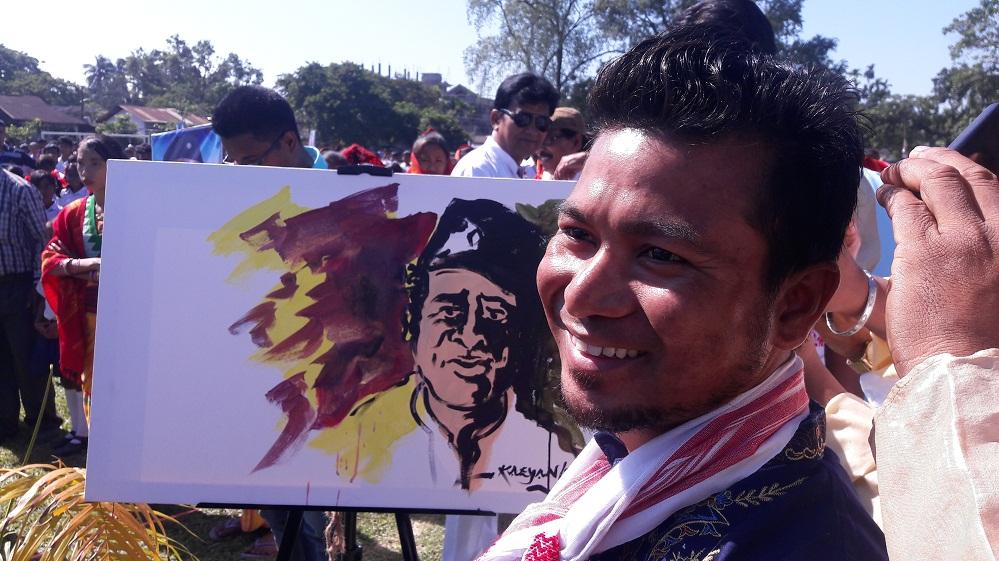 Tangla joined the homage to Bhupen Hazarika on Sunday to mark the sixth death anniversary of the music maestro.

A day long programme was organized at Tangla H.S playground under the aegis of Bhupen Hazarika Smriti Suraksha Samity,Tangla and Ambikagiri Rai Chowdhury Sangha.
The programme began with Prabhat Pheri in the morning followed by lightning of lamps in front of the portait of the Bard followed by floral tributes by public .

A congregation of nearly 1500 school childrens and women sang the immortal song 'Manuhe Manuhor Babe' to pay homage the film maker. A cultural rally was also taken out were cultural troupes representing Rabha,Adivasi,Assamese,Tiwa community took part . A group of performers also sang Zikir-Zari along the rally. An art competition and on spot essay competition was also be held among childrens along with Bhupendra Sangeet competition.

In the evening hundreds of earthen lamp were lightned paying rich tribute to the legend. The Tangla anchalik committee AASU also organized a programme commemorating the event in the Swahid Bhawan premises .

30 Mar 2014 - 11:15am | AT News
Amid massive security, police shifted Akhil Gogoi to Titabor on Sunday a day after the court allowed transit remand of the KMSS president.At 11 in the morning, Gogoi was taken to Sarusajai to be... 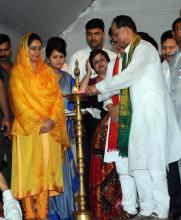 29 May 2015 - 11:20am | AT News
After years of hopes and aspiration, Assam gets its Mega food park in Tihu—first of its kind in the north east.Local people and economists called it a major boost to the food processing sector which...

21 Jul 2016 - 3:18pm | AT News
The Assam State Human Rights Commission has asked the government to probe the recent police firing in Raha where a local protester was killed. A division bench of the panel comprising Dr Justice AH...