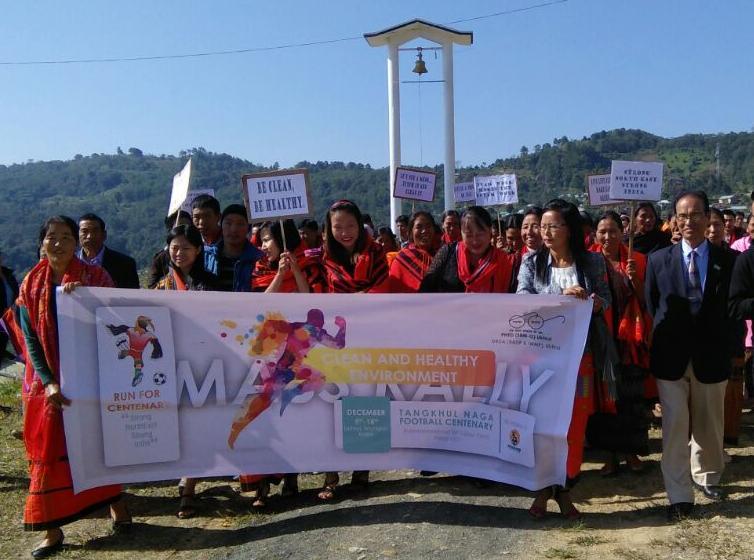 With the “strong Northeast, strong India" theme, theme the rally started on Sunday and was  attended by Teinem village populace along with the 12-member TNFC team from Ukhrul led by Rinshang Pheiray, District Swachh Consultant, Ukhrul.

The marathon for centenary will run across the globe including US, South Korea, Singapore, Bangkok and China.

Finally, the marathon will conclude in Ukhrul town after running in 18 to 20 villages of Ukhrul District.