Canadian movies to be screened

With an aim to encourage making good movies in Manipur, the Critic Association Manipur (CAM) is all set to organise a 5-day long Canadian film screening session at Usha Hall, Imphal.

Nearly 20 different Canadian movies will be screened during the session to be held on November 13-17, CAM chairperson Laimayum Surjakanta Sharma told a press meet at Usha Hall on Thursday.

“We’ve got nearly 20 Canadian movies now. Movies from other countries will also be screened in future,” Surjakanta said.

Flanked by CAM convenor Salam Rajen, Surjakanta said the event is aimed at making good films in Manipur and that more movies from across the globe will be screened in next year’s edition.

9 Nov 2010 - 4:07pm | Rini Kakati
In Britain, Diwali, the festival of lights, the main Hindu festival and second largest religious festival in the UK was celebrated on Wednesday, October 23, 2010, in the House of Commons. Followed by... 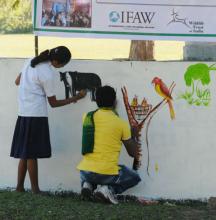