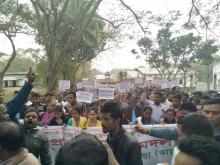 3 Feb 2018 - 6:56am | AT News
RAJESH MANDAL DHEKIAJULI: More than 10,000 people spilled to the road in Dhekiajuli on Friday demanding capital punishment of the 5 miscreants who gangraped a Class X girl last month. Jointly... 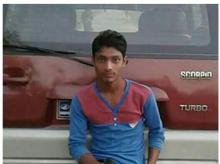