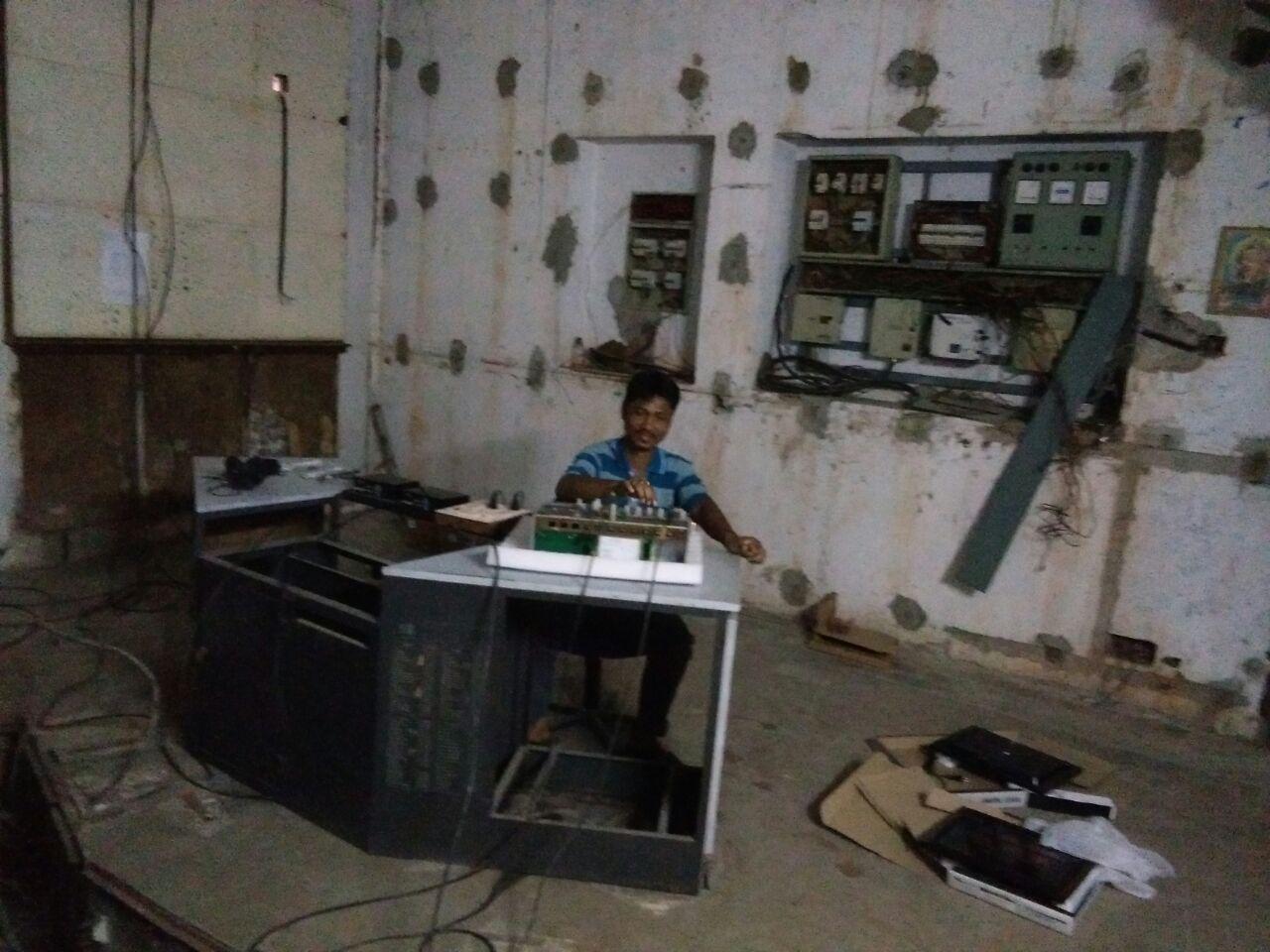 At a time when governments have been drumming for digital India across the country, the All India Radio(AIR) station situated at Bhotgaon Kashipara in Kokrajhar district is in seeing dilapidated condition due to the negligence and poor maintenance by the authority concern.

Representatives of various organizations in Kokrajhar along with media persons on Saturday made a visit to the station to access the ground reality and found the Radio station in very bad shape.The machineries of the play back studio room, recording room, dubbing room, control rooms etc are in damaged condition and need immediate repairing.

A memorandum was also sent to the Prime Minister, Information & Broadcasting minister seeking their intervention in this regard through the Director Engineering of the Kokrajhar AIR station.

The radio jockeys(announcers) are merely doing their programmes with out-dated equipment and due to power cuts the shows are often abruptly stopped during the programmes. 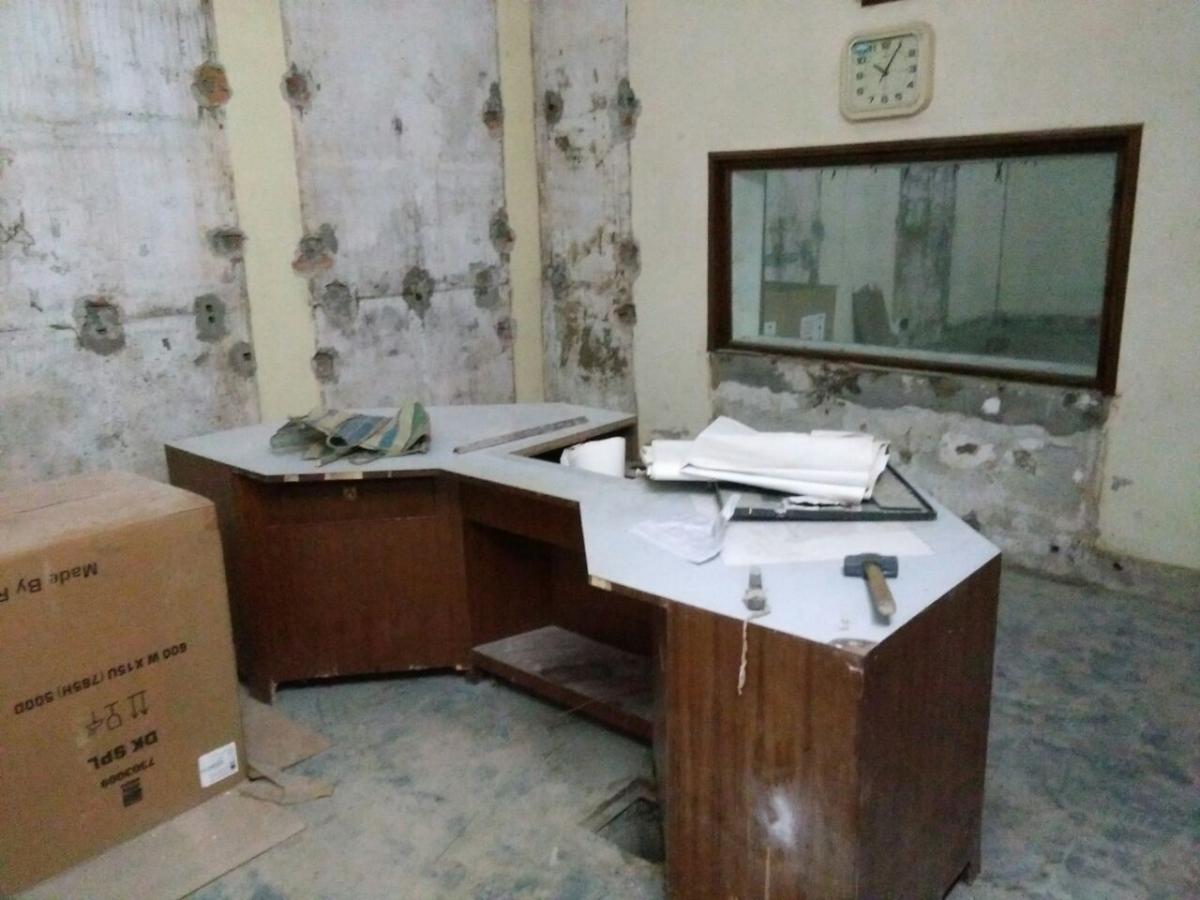 “The recordings are being done in temporary recording rooms’ said an employee of the radio station.

The broadcast range of the transmission used is lower than 1 km which limits its reach to the audience.

The radio station is running without transmission executive, permanent announcers and many post lying vacant s.

‘It is very bad to see the condition of the radio station, Kokrajhar. The rooms, including the recording studio, control rooms, playback rooms are al damaged’, said Bhubaneswar Brahma, president of All Bodo Radio and Television Artists Association.

J Narzary, secretary of Kokrajhar district Bodo Sahitya Sabha said that the Radio station which was established in 15 August 1999 which is run by low power transmission since its inception was to be upgraded later but ‘unfortunately it is now on the verge of destruction due to sheer negligence of the concern authority. The Kokrajhar Radio station is meant to promote the local language and cultures, he said adding out of the 9 radio stations in Assam only the Kokrajhar radio station is lying in dilapidated condition.

The AIR station is yet to fill up many posts including fixed announcer,translator,transmitor staff since its establishedment. Even though,the station was established 18 years back,but yet to get proper gain while performing programmes. There are reports of many regular posts are lying vacant till today.

‘The shortage of staffs in the station has been creating problems while discharging programmes and events’,said a casual announcer in the station.

The representatives of the eight organizations including the All Bodo Students Union, Bodo Sahitya Sabha, Boro samaj, Harimu Afat demanded the authority concern to repair of the damaged studios and rooms and also immediate filling up of those vacant posts. They also demanded the station to upgrade it upto 10 kilowatt, FM transmitter and also to upgrade the attached Television Rally centre as full pledged Production centre.

Akilash Prasad Singh, Director Engineering of the AIR station said the renovation work of the studio is going on and will be done at the earliest so that the programme can function as earlier. He also said steps are on to upgrade the radio station for the benefits of the local people and the listeners.

Situation in Assam not like J K, says NPP

16 Jul 2015 - 2:16pm | AT News
In yet another setback for KPLT, the chief of the Karbi militant outfit bade farewell to arms before the authority in Diphu on Thursday.He is none other than Sarang Kiling  who surrendered...

Old couple made to drink human faeces, urine to drive out witch at Raha

19 Apr 2017 - 4:13pm | Dibya J Borthakur
A 70-year-old man and his wife was allegedly beaten and forced to consume  human faeces ,  urine after the villagers suspected them to be witch. The incident happened at Madhya Tupakuchi...