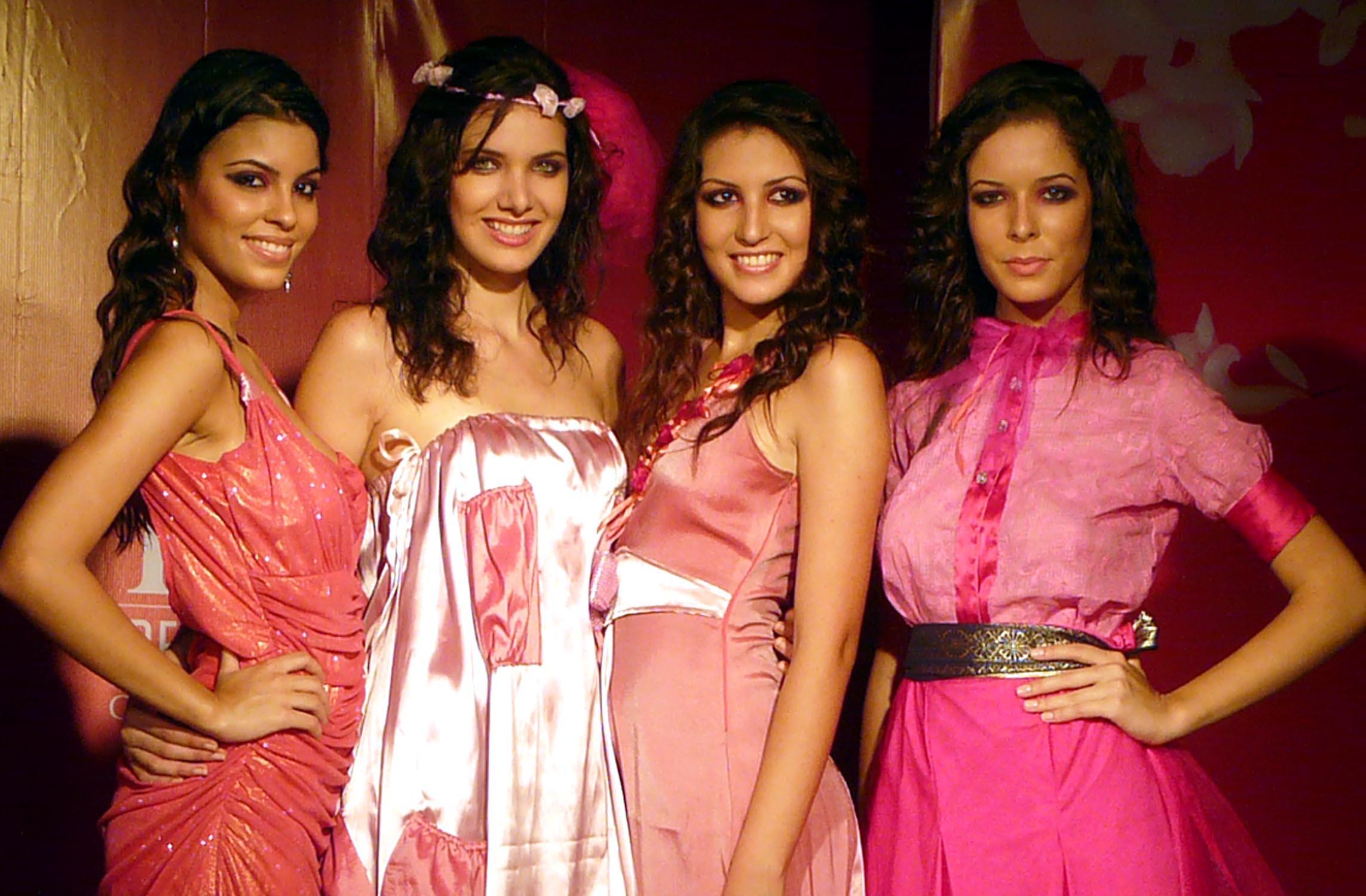 The third design ceremony of North East Institute of Fashion Technology (neIFT)-2008 was dedicated to a cause to creating awareness for breast cancer - the dreaded killer disease for women. Host Florence in black partywear designer saree outlined the reason of the show and causes and precautions of breast cancer. The fashion show started off with prominent designer of the country Meghna Rai Medhi's bridal and partywear designer sarees. Twelve models from the north east and four super models from Brazil Cammilla, Christania, Carina and Casinia sizzled in the ramp. The Brazillian models were looking beautiful in designer and bridal sarees which was well received and applauded by the audience. The terrace of Hotel Landmark overlooking the evening view of the beautiful enlightened city was vibrating with the models steps and their breath taking look at audience and photographers as cool breeze made the environment more romantic. Round 2 of the event was with designs by Julie, a teacher at neIFT; third round was the pinkish round all dresses in pink designed by the designer students of neiFT. Earlier this year neiFT had organized its "NE Fashion Week".

CEO of neIFT Vikram Rai Medhi overwhelmingly thanked the people who turned up and joined hands to create awareness for the dreaded life taking disease and supporting the noble venture of neIFT. All the designer students and models were introduced at the end. Meghna and her son Tanoy too posed for photographs with her collection with the foreign models. The event was supported by Ministry of Textiles and Ministry of Tribal Affairs Govt. of India and in association several other private sponsors. Northeast Institute of Fashion Technology has in three years carved a permanent niche in the lifestyle of Northeasters with whole some support from Government and non government organizations as well as private sponsors. The students here are prepared to accustom in the fashion industry as per the requirement, and given a chance to showcase their ultimate talent in New Delhi. Vikram informed that a few of his students will be going to Delhi in October for a international "Designer Contest". Notably neIFT has a record of hiring and featuring foreign models on every occasion. 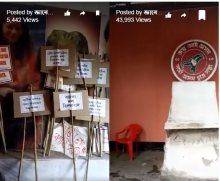 17 Sep 2017 - 11:27pm | AT News
The Nalbari police have arrested a social activist a couple of days he broke, with evidence, a nexus between All Assam Students Union and Bajrang Dal triggering huge protest across the state. He is...

27 Jan 2012 - 8:01pm | editor
The Tai Culture Research and Development Center Tinsukia is going to organize Me-Dam-Me-Phi at Bordoloi Nagar Play Ground on January 31. According to the programme, flag hoisting, offering...