More than 30 dead after inhaling poisonous gas in Karbi Anglong

More than 30 persons, including two NSCN-IM cadres, died and 40 others critically injured on Friday midnight in Karbi Anglong district while they were trying to siphon off fuel from a goods train which spilled over forming gas at Chaiding bordering Nagaland.

According to information, the petrol leaked from the tanks and the highly combustible material formed gas suffocating them on Friday night. A gang operating from across the Nagaland border stopped the petrol laden goods train coming from Upper Assam at Rangapahar Siting, near Diphu, and broke open the tanks carrying the highly pressurized fuel.

Fifteen bodies have been recovered on the spot while Nagaland police have claimed that they have lifted 31 bodies earlier. Local resident have claimed that at least 30 people had died and most of the bodies had been taken away to Nagaland by the survivors or their associates. Several large drums for carrying the pilfered fuel were recovered from the site and injured were admitted to hospitals in Dimapur and Dhansiri. Gangs operating from across Nagaland would earlier regularly pilfer fuel from goods trains but had stopped for quite a while following intense police operations.

The number of deceased could go up as some bodies have yet to be recovered. 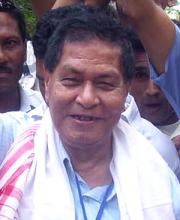