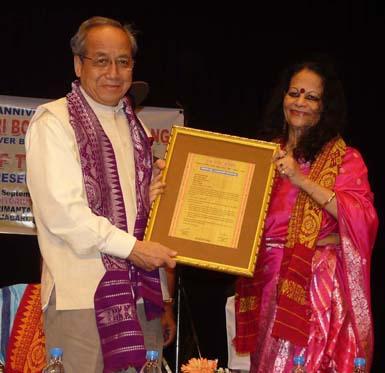 Governor Meghalaya Ranjit Sekhar Mooshahary receiving the “MAN OF THE YEAR 2008” by the Jnanpith awardee Dr. Mamoni Roysom Goswami at a programme organized by the ENKHONG, a Bodo Daily newspaper, on its 5th Anniversary at Srimanta Shankardeb Kalakhetra in Guwahati on 19-09-08.

8 Dec 2010 - 10:37pm | Anup Biswas
Hundreds of state employees, working in different departments under the administrative control of Dima Hasao Autonomous Council took out procession with the demand of immediate release of their...