ULFA general secretary Anup Chetiya has urged the government to ensure safety and security of the indigenous people in the state.

Addressing a public convention in Kojrajhar on Wednesday, the former rebel blamed it all on the population explosion of the  immigrants which have been a threat to the indigenous lot.

BTAD chief Hagrama Mohilary said that BTAD administration was working all round development in the region. He said that peace and unity among all sections of communities must be prevailed to make more development and growth with healthy environment. 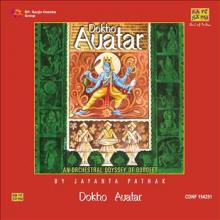 23 May 2012 - 3:46am | Rini Kakati
Assam is a part of India which in somewhere is little know even in India itself because of its remote location. More importantly the relative neglect absence of Sankaradeva in the history of the Neo-...,,,,,

22 Aug 2014 - 8:14pm | AT News
DoNER minister General VK Singh Friday disassociated flood problem from his ministry saying that it is for the water resources ministry to do whatever is necessary. Addressing a press...
Follow @Assam Times