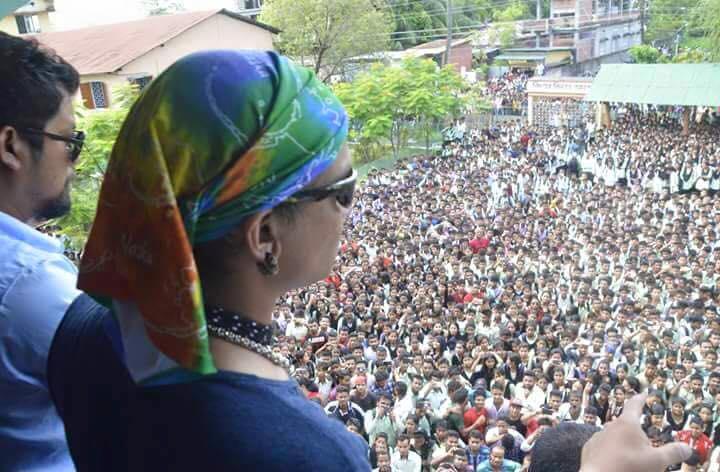 Caught in a barrage of controversy Zubeen Garg on Saturday vowed to stop perform and make films in future sending statewide  shock and anger among the people.

The prominent performer who virtually took on Bollywood in a style with Mission China spoke up at a Facebook post in the morning a couple of days after his activities triggered a storm of controversy. Details awaited.

22 Feb 2014 - 5:38pm | AT News
BJP prime ministerial candidate Narendra Modi on Saturday said that the Bangladeshis are posing serious threat to India.In his address at a hug rally in Silchar, Modi said that if he is voted to...