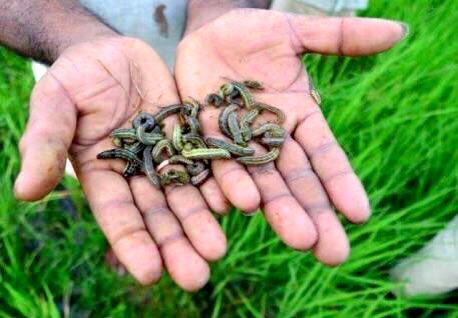 The agriculture department steps up measures to firmly deal with the army worms which wreak huge havocs in many parts of the state.

In a letter to District Agricultural Officers and other officials, the department said that army worms or swarming caterpillars have manifested in different areas of the State.

Steps like deployment of spraying squads in affected areas have been directed. It said that sufficient plant protection chemicals like quinnolphos , chloropyriphos and malathon powder have been made available to all the affected districts.

The directorate  has already set up a control room headed by A  Karmakar, Joint Director, to liaise with district officials in this regard and DAOs have been told to be in touch with the control room for any assistance or support. 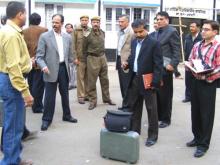 26 Mar 2014 - 7:02pm | AT News
BJP candidate Kabindra Purkayastha and his AGP counterpart BK Nath filed nomination papers before the returning officer in Silchar on Wednesday.Accompanied by senior party leaders along with hundreds...