Assam Governor Banwarilal Purohit advocated the need for integrating differently able children into the main stream of the society as they constitute a sizeable pool of human resources of the our State.

Speaking at the 31st foundation day function of Sahayika Sishu Nirdeshan Kendra, Guwahati at Rabindra Bhawan in the city on Wednesday evening, Governor Purohit hailed the efforts of Sishu Nirdeshan Kendra which has been working with passion and dedication since 1986 to integrate the children with special needs to the main stream of the society and ensuring their dignified life.

Acknowledging the role of the teachers and other support staff of  Sashu Nirdeshan Kendra, Purohit said, “It is for their selfless service and dedication, the differently able children are given the right of education and a life of dignity”.

It is to be noted that Sahayika Sishu Nirdeshan Kendra is non profit organisation which is running a school and vocational guidance centre for persons with intellectual disabilities like autism and hearing and speech impairment.

President of Sahayika Sishu Nirdeshan Kendra Subodh Sharma, eminent journalist D.N.Bezbaruah, Former Director of Assam Institute of Management Shantikam Hazarika along with a host of other dignitaries were present at the function. 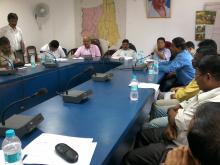 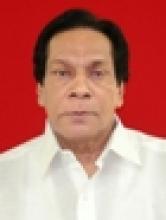