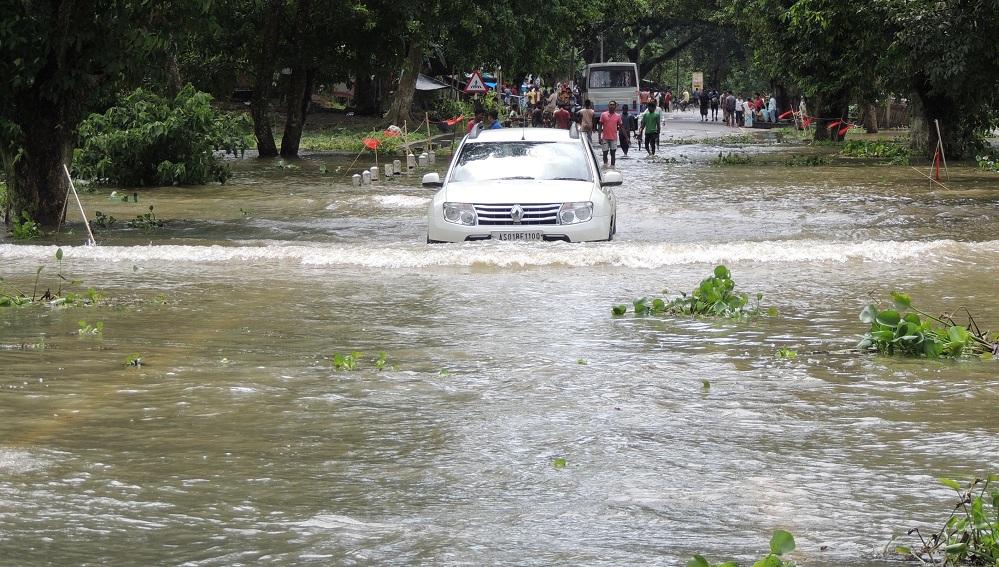 The flood  situation remains grim  in Nagaon district after the Brahmaputra breached an embankment  at Hatimura in Kaliabor.

.Deputy Commisioner directed the schools to remain closed for three days from Wednesday.

Talking to Assam Time over telephone,  Shamshersingh said that he along with the water resource Minister of the state Keshav Mahanta  did a survey along with officers of various concerned departments today at the embankment site.

He further said that 29 relief camps were set up in the area till yesterday and relief work is going on with the help of Army, NDRF and SDRF. One person was reported dead at the flood area and actual assessment  of losses will take place after the water recedes.

18 May 2015 - 7:43pm | Jintu Sarma
I don’t know how many times I have gone to see Bhalukpong. Also, I don’t know why I love this place so much. Bhalukpong, a destination for refreshing health and soul. It awestruck me a lot....

3 May 2021 - 5:09am | AT News
Incarcerated ,Peasant rights activist  Akhil Gogoi who heads the Raijor Dal and is languishing in jail since December 2019 on charges of sedition and inciting violence during the anti-...

18 Jun 2007 - 3:31am | editor
Our CorrespondentGUWAHATI: Caught in a controversy over the imposition of President’s Rule in Assam, former Chief Minister Prafulla Kumar Mahanta ridicules that the sitting Chief Minister Tarun...