A local court in Agartala on Monday called illegal the closure of a media house without compensating the employees giving a huge relief to a good number of journalists who lost jobs eight years back.

Matang Sinh owned several private satellite television channels like NETV, NE HiFi, NE Bangla, Hmar TV, Focus TV and HyTV though later all the channels got closed one after another.

Pall of gloom in GU 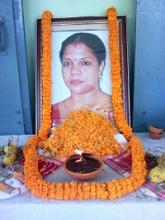 20 Jul 2015 - 3:54pm | AT News
A pall of gloom grips the Gauhati University premises a day after Dr. Anamika Ray passed away at a New Delhi-based private hospital.Teachers and students condoled the death of the assistant professor...

6 Jun 2017 - 12:22am | Ranjanjyoti Mahanta
With an aim to create awareness among the students about the environmental related problems like pollution and also to educate them to make optimum use of the natural resources, a district level...
Follow @Assam Times