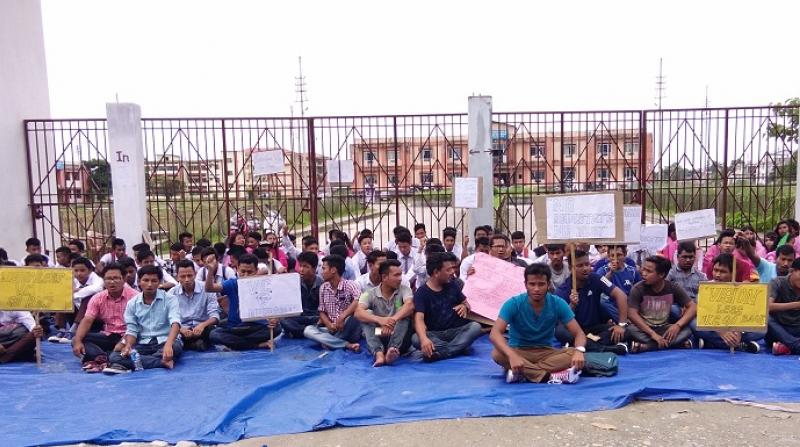 The Students Union of Bodoland University locked official complex of the Vice-Chancellor demanded early justice to the retention of two-officers in the university.

The agitators slammed the vice-chancellor for termination as the executive committee of the Bodoland University submitted a memorandum to the Governor of Assam, who is also chancellor seeking extention of two years after supernation 60+2.They demanded early reinstate of the officers, who were terminated by chancellor to work for the welfare of the university.

Mentioned be made that Dr Sekhar Brahma and Dr Basumatary were terminated by chancellor on July 7 in an immediate manner without any prior notice and information.

21 Feb 2014 - 3:25pm | AT News
Bodoland demand seems to have sharpened when NDFB(P), ABSU and BNC mounted pressure on the Centre to create Bodoland in the line of the Telengana state.In a series of tripartite talks the Bodo...