Rainwaters in Guwahati have been receding where some low lying areas would take a few days more to be cleared of the stagnant waters. But the Guwahati denizens are yet to get out of the blues where a series of incidents of landslides have claimed five lives so far.

The Guwahati authorities have identified 366 landslide prone areas in 14 hills surrounding the capital city and have appealed to come down to avoid the in pending disaster.

Flood threatens to wash out Kaziranga

25 Jun 2012 - 4:26pm | editor
Kaziranga National Park is reeling under devastating flood wave forcing the birds and animals to leave the famed site. Animals from the world heritage site is moving to highlands. But the situation... 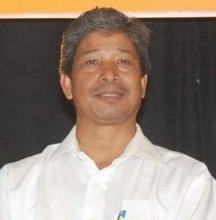 20 Aug 2015 - 12:41pm | AT News
Dimapur Press Club (DPC) in association with the Guwahati based Dispur Hospitals has organized another Hepatitis-B vaccination camp for the scribes who had taken the first dose of vaccine on July 21...