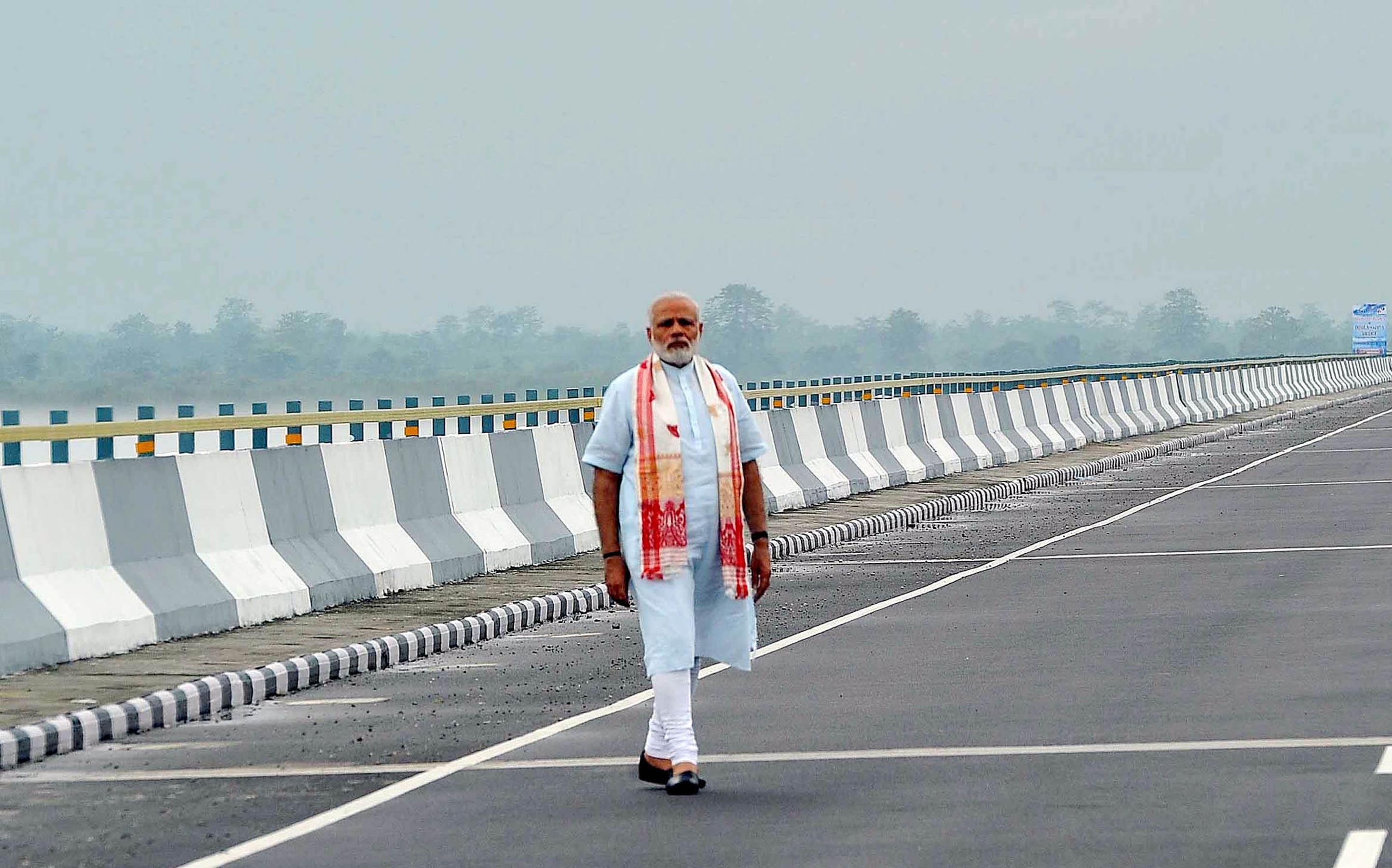 Prime  Minister Narendra Modi opened the country's longest ever Dhola -Sadiya bridge over the river Brahmaputra naming it after Bhupen Hazarika during his day long visit to the state on Friday.

Walking alone for a little while on the bridge Modi watched the natural beauty and bounty of the entire area in Sadiya bordering Arunachal Pradesh immediately after he opened the 9.15 km bridge which he said a huge boost to the nation’s surface communication network.

Modi then arrived at Gogamukh in Dhemaji and laid the foundation stone of the Indian Agricultural Research Institute which was followed by his speech at a huge rally.

Then he left for Changsari in North Guwahati to lay the foundation stone of the AIIMS cleared by his cabinet a couple of days back.

At the fag end of his day long visit, Modi will address the nation on the third anniversary of his government at a huge rally in Guwahati.

3 Aug 2015 - 6:32am | AT News
Utter lawlessness has become the order of the day in Dimapur where miscreants can attack anybody for refusing to pay ransom. A section of miscreants, of late, have been extorting money from a number...