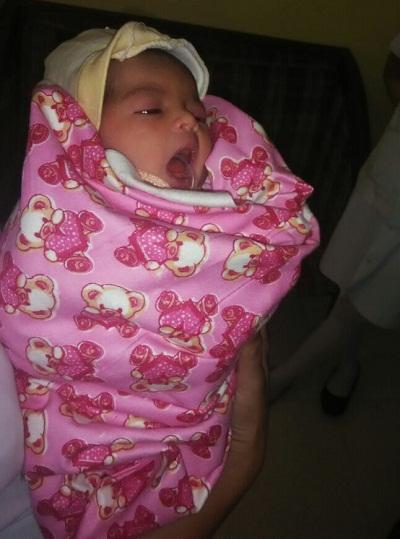 A new born baby from Assam is battling for life in Delhi after it was airlifted to the capital thanks to Prime Minister’s rare and humane initiatives.

The eight day old baby who was born at the Assam Medical College Hospital in Dibrugarh suddenly slipped into a complicated lungs disease and the doctors who attended on the baby referred the case to the Ganga Ram Hospital in Delhi.

Without any delay, the parents air lifted the new born to the capital on ventilation support. As the baby and the team of doctors landed at the Indira Gandhi International Airport, the ventilation support reached its last stage and it would take around one hours to reach the hospital.

Prime minister Narendra Modi who got to know it ordered green corridor on the route to the hospital. All vehicle stopped on the roads and the ambulance carrying the baby arrived in the nick of the time.

A team of paediatric has been monitoring the baby whose condition is said to be critical. Without Modi’s intervention it would nit have been possible for the baby to remain on life support.

Green corridor in the road is applicable for the president and prime minister’s convoy.

14 Sep 2010 - 3:04pm | Ranjan K Baruah
The role of media is enormous in waging the war of ideas. Given its importance as the fourth pillar, it requires high quality of ethical and informed reporting. Therefore, for media professionals...