The 157th Rabindra Jayanti was celebrated in a grandeur manner with a day long programme here in Vivekananda High School premises of Bor Tangla on Tuesday. The day marking the birth anniversary of the bard was celebrated in a unique manner as people irrespective of caste and community wholeheartedly participated in the event. The programme organised by Janagostio Rabindra Jayanti Udjjapan Samitti and co-ordinated by noted social worker and propietor of PND Enterprise Dipen Das(Toppa) started with flag hoisting and floral tribute to the portait of Rabindranath Tagore. The cultural programme of Rabindra Sangeet and Nritya competition was inaugurated by advocate Malay Kr. Lahiri. Delivering the inaugural speech he said,  "Tagore was a renaissance personality. Such souls were a blessing to the nation who not only illuminate the times they live in, but also remain an inspiration for humanity".The programme witnessed mellifluous songs, captivating poems and stirring plays by childrens and youths. In the multi-cultural traditional dance Bihu dance, Sarania-Kachari, Rabha dance, Bodo dance, Jhumur, Husori Nritya, Koch-Rajbongshu, Oriya dance among others were performed by cultural troops. Speaking on the ocassion Dipen Das (Toppa) called on the people to observe the birth anniversary of  the Bard by people of every community.

"Tagore was a global citizen who believed that one could promote one’s own culture while appreciating the culture of others. He did not see any contradiction between respect for universal values, while maintaining one’s own," he said.

"The significance of Gurudev Rabindranath Tagore’s philosophy of harmony, peace, love and good-will and his vision of  'One world' should inspire us to live in harmony" he added. 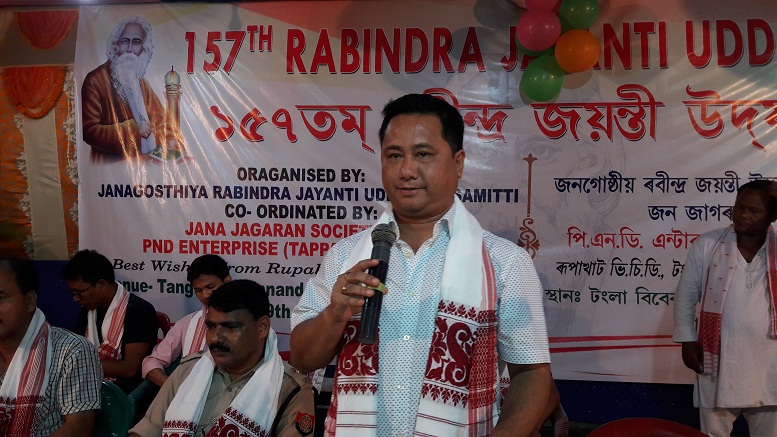 22 Nov 2009 - 1:12am | editor
A major ULFA attack awaitsd Assam before the Black Day on November 27. According to highly placed sources, a group of top ULFA rebels have managed to sneak into Assam to strike in some vital plances... 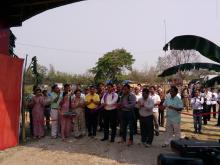 12 Apr 2017 - 7:28pm | AT Kokrajhar Bureau
The 5th Baukhungri Festival has been kicked off from Wednesday along the Baukhungri Hill with three-days colourful programme scheduled at Harinaguri 10 km east of Kokrajhar town in Kokrajhar district...