Barpeta Xatra, a Vaishnavite monastery set up by the saint Madhabdeb takes the center stage of an acrimonious controversy when the century old seat of vaishnavite culture and tradition boycotted two local families for facilitating a Muslim person to enter into its premises during the recent Holi festival.

A close door meeting of the organization presided over by the satradhikar Basistha Dev Sarma prohibited the entry of Suresh Patowary and Naba Das aling with their family members charging the duo with breaching the culture and tradition of the Vaishnavite organization.

It came to light when the UP Muslim person accompanied by Patowary and Das enjoyed the festival of colour at the xatra premises and he uploaded his face smeared with Holi in the Facebook which went viral triggering anger among the satra leaders who held an emergency meeting to ban the two families for ten years. 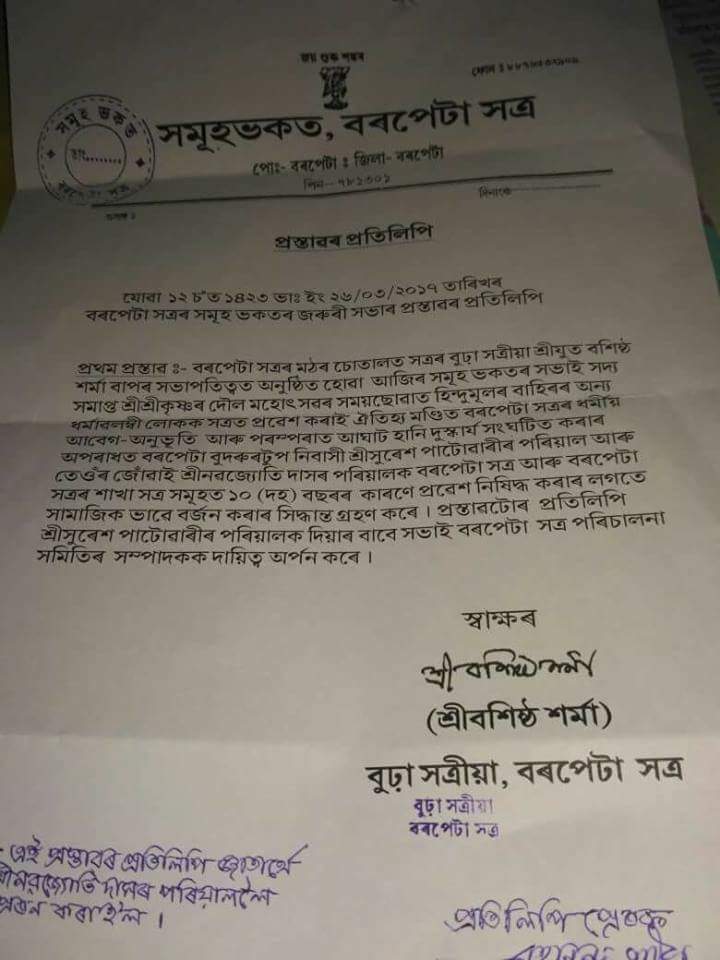