In yet another incident that sends shockwaves across Meghalaya border, 3 people were burnt alive when an oil tanker exploded on Tuesday. The incident took place in Ri Bhoi district in the afternoon where the Shillong bound oil tanker from Shillong overturned before exploding with a huge sound. 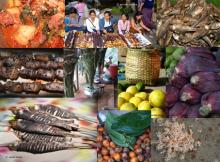 24 Feb 2015 - 11:11pm | Hantigiri Narzary
The ruling BPF party again announced its seven more nominations in third phase of candidatures with four new faces to contest the ensuing council election slated to be held by first week of April at...

27 May 2019 - 4:14pm | Prantik Deka
With an exceptional body of work in cinema and theatre behind him, veteran actor-director Kulada Kumar Bhattacharjee, a powerhouse of talent, even at the age of 85, is making his maiden feature film...