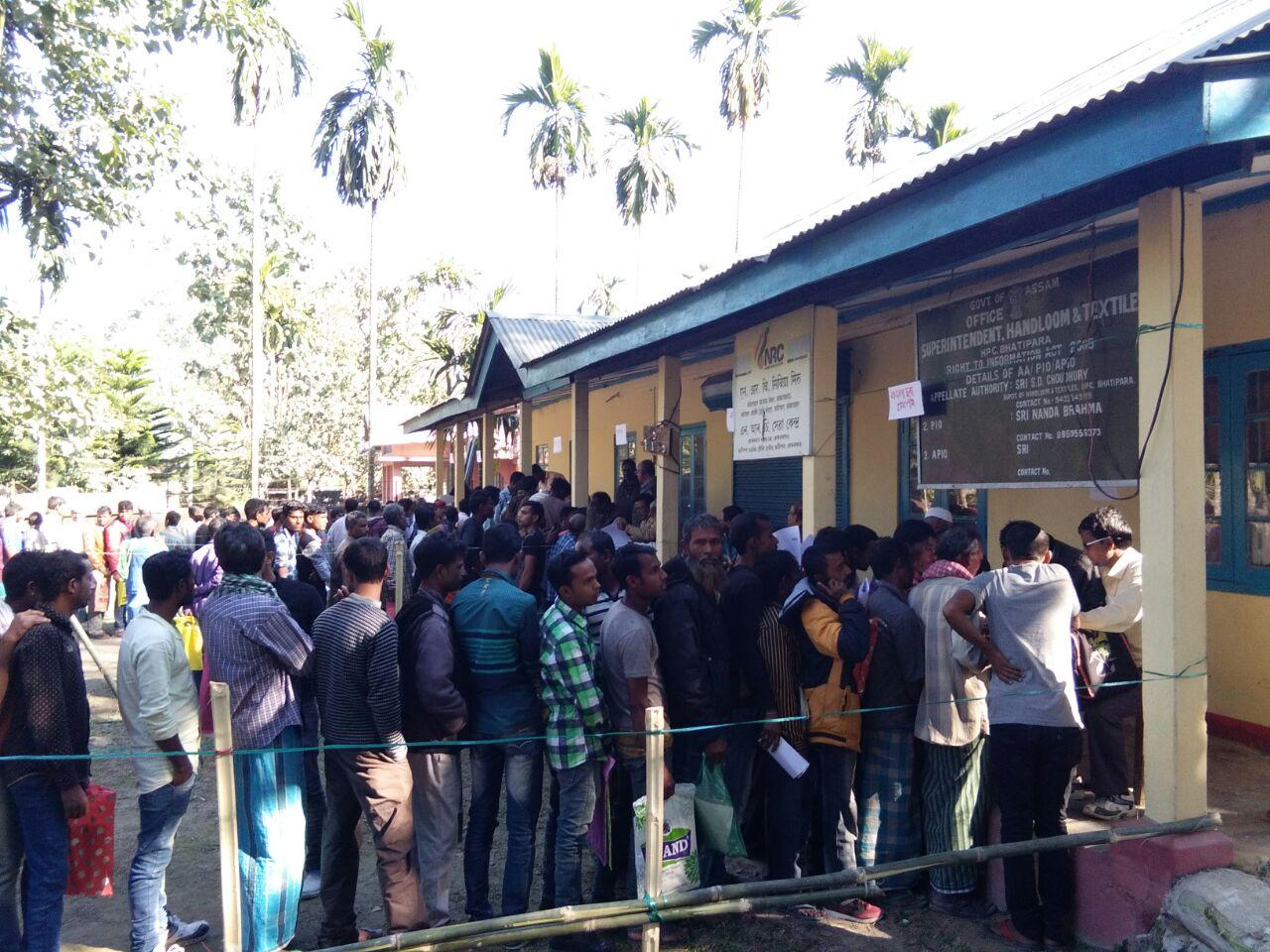 Talking to Assam Times, Kokrajhar DC Niranjan Baruah said," the mood is quite peaceful in all NRC centres where the citizens are checking their names."  In Chirang, 64.35 % citizens are finding place in the first NRC draft. "We are very happy to have seen our names on the new year's day," said a senior citizen in Kokrajhar.