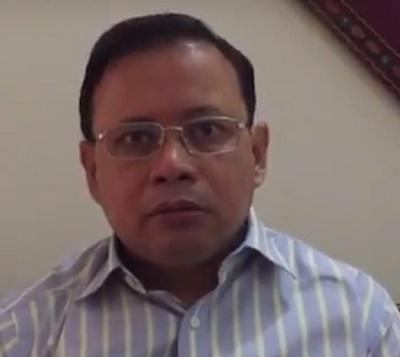 The Silapothar clash suggests, beyond doubt, a sharp fall in the dominance of the indigenous people and if the disturbing trend is allowed to continue the Assamese ad a nation would be reduced to minority by 2040.

This was more or less of what Upamanyu Hazarika said when he reacted to the Monday’s incident in Silapothar where some goons after holding a rally against the D voter tag vandalized a local AASU office in the evening.

Talking to reporters in Delhi on Tuesday, the Prabojon Vurodhi Manch convener said these incidents would take place at regular intervals.

Hazarika said granting citizenship to the immigrants is a gross injustice to the indigenous people which is not allowed anywhere in the country. Hazarika, further, suspected a conspiracy behind the clash to keep the state on the boil.

According to him, had the government taken steps to treat the Hindu and Muslim immigrants alike, the clash could have been averted.

13 Jun 2015 - 2:56pm | AT News
Union sports minister Sarbananda Sonowal on Saturday alleged gross misutilization of the minority welfare fund in the state. Addressing a meeting at the District Library in Guwahati, he said that the...

Who cares for Assam’s development?

20 May 2010 - 1:36am | Daya Nath Singh
With recent reports on developmental activities in Assam, it seems that nobody desires the betterment and development of the state. The state administration, student organization, political...