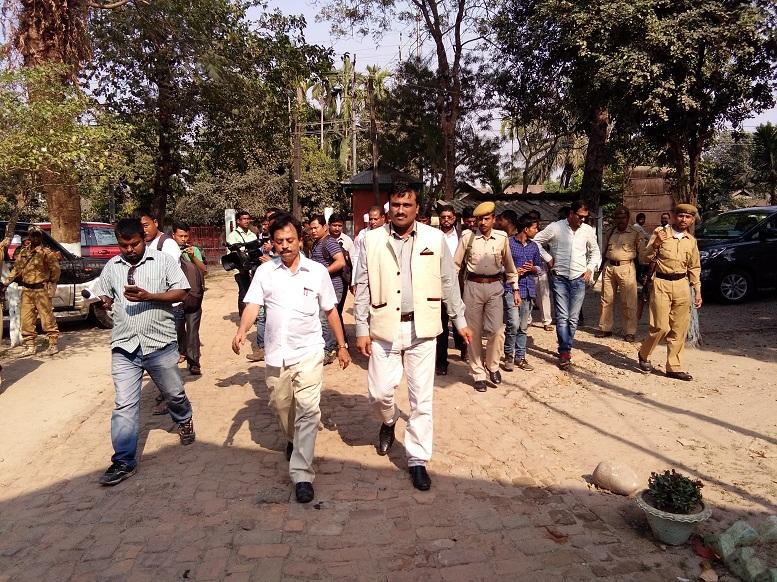 The AIUDF demanded early solutions of problem and issues of D-voters of which why innocent citizens are being face hardship in the state.

The AIUDF delegation included Abdur Rahim Khan, Aminul Islam, Nijamuddin Choudhury, Sujamudfin Laskar and Nijanur Rahman. There are 134 inmates,including 12 minors are in detention camp for D-voters issues.Rashminara Begum of Krishnai of Goalpara,who is daughter of a fredom fighter has also been kept in detention camp since few days.The AIUDF delegation team met camp inmates and shared information about their problem and issues inside camp.

Khan,AIUDF leader demanded immediate solve of D-voters’ issue across the state so that innocent citizens should not face any harassed.He said that BJP led alliance government in the state has been tactically harrasing the citizens in the name of D-voters.

He termed that BJP led alliance government has been harrasing citizens with their political gain.He has also accused state government for failing totally control of price-hike of essential comodities including LPC cylinders.The government has only slogan of paribartan(changed),but there is no seeing of paribartan in their reign,only political tactic is seeing across the state,Khan said that BJP party only know to play communal poltical for their party interest,not for common masses.

22 Mar 2020 - 4:16pm | Bidyut Sarkar
Precisely it's a glimpse of the impact of Janata Curfew to counter the killer COVID19 in Dudhnoi, Goalpara. Vehicles refused to ply on the roads. Shops and markets down the shutters from morning to...