The People’s Party of Arunachal has raised doubts over the sincerity of a section of BJP leaders in Itanagar and Delhi in the probe into the Kalikho Pul’s revelations.

Talking to Assam Times in Itanagar, PPA leaders alleged that those named in the Mera Vichaar are still moving without any hindrance.

They said,” the BJP leadership have not taken any action against these party men indicted by the former chief minister. Despite evidence the BJP high command keeps mum.”

A senior PPA leader rued that if BJP refuses to go tougher they would have no other option to pull out of the North East Democratic Alliance. “Then we will break the alliance with BJP. We have no option. What forced Modi to keep silent?” 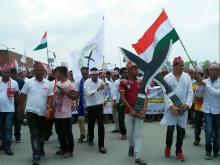 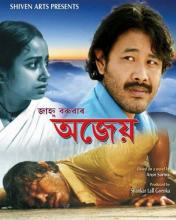 16 Apr 2014 - 8:38pm | AT News
Good news for Assam. Courtesy Jahnu Baruah. Once again the film maker on Wednesday brought no less pride and glory in the time of Rongali Bihu.Baruah’s Ajeyo has clinched the best Assamese film award...