Shurhozelie to take oath on Wednesday

Immediately after NPF legislators met Governor P B Acharya on Monday staking claim to form the new government with Liezietsu as chief minister, the date of oath taking ceremony was fixed on Wednesday.

Acharya will administer the 81 old Naga politician and author as chief minister at the Raj Bhawan in the morning.

His cabinet colleagues are also set to take the oath of office and secrecy in the ceremony.

The cabinet colleagues, more or less, would remain unchanged. But the portfolios might be slightly changed. DAN president and outgoing chief minister TR Zeliang will also present in the oath taking ceremony.

Liezietsu did not contest and his son who is representing constituency is contemplating to quit to pave the for his chief minister father within the next six months.

12 Jan 2012 - 8:15pm | Anup Arandhara
The 27th mid-term conference of Sivasagar district academic council will be held on 18-19 January, 2012, at Ghilaguri High School, Khaloighugura. On first day the flag will be hoisted by Prabin...

23 Jun 2007 - 4:21am | editor
Guwahati: A powerful bomb that explodes in the city on Saturday morning leaves four people dead besides more than twenty injured.he explosion took place at Machkhowa and that too in front of a mosque... 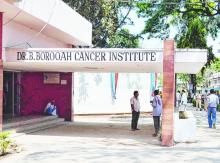 8 May 2020 - 9:09am | AT News
Guwahati: The killer COVID19 has claimed yet another life on Thursday which came to light only on Friday. The victim is said to have been a 16-year-old girl who belonged to the family of a staff...