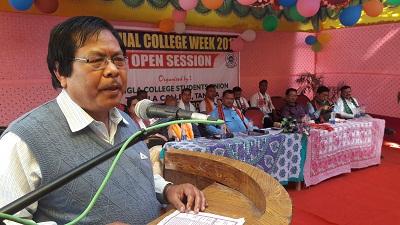 Troops representing Rabha, Bodo, Adivasi, Assamese community participated in the cultural rally much to the amusement of the people. The 168 Field regiment Army stationed at Udalguri also organised a special motivational and career counselling programme on the ocassion for students of the college for inspiring them in joining the Indian Army . The session was inagurated by Rinjoy Boro President of Udalguri district committee ABSU . Dr. Prasen Daimari Principal of the academy chaired the session which was anchored by Prof. Rabindra Kr. Sarmah HOD English.

Nearly 400 students both boys and girls participated in the counselling session and interacted with Captain M.Singh who conducted the lecture and gave first-hand knowledge to qualify in the national level competitive examinations He also briefed and tipped in cracking various exams for joining Indian Army such as NDA, CDS, SSC, etc. and he also urged the girl students to know and join it to serve the country. Captain Singh also feted Bikash Baro a NCC cadet of Tangla College who participated in the last Republic day parade at New Delhi.

A photography and art and craft exhibition titled Explora 2017 was also held.On the concluding day on Friday a traditional fashion show was also organised. In the evening an open session was also held which was presided over by Dr. Prasen Daimari Principal of the college. Attending the programme as appointed speaker Dr. Dinanath Basumatary ,Director University and College Development Council, Bodoland University. Speaking on the ocassion Basumatary apprised the students and lecturers that from the next academic session the 45 colleges in four BTAD districts which include both provincialized and non-provincialized colleges and are currently under Gauhati University affiliation will shift their affilation to Bodoland University of Kokrajhar.

Basumatary further added that the Bodoland University will integrate the Choice Based Credit System(CBCS) instead of semester system like many universities of Assam. Basumatary also divulged that a Mou (memorandum of understanding) has already been signed between Gauhati University and Bodoland University. Others who addressed the session include Binoy Kr. Medhi former Professor of the college, Rabindra Kr. Sarmah HOD English, Prof.Jayanta Kr. Chakravorty Assistant Professor among others. 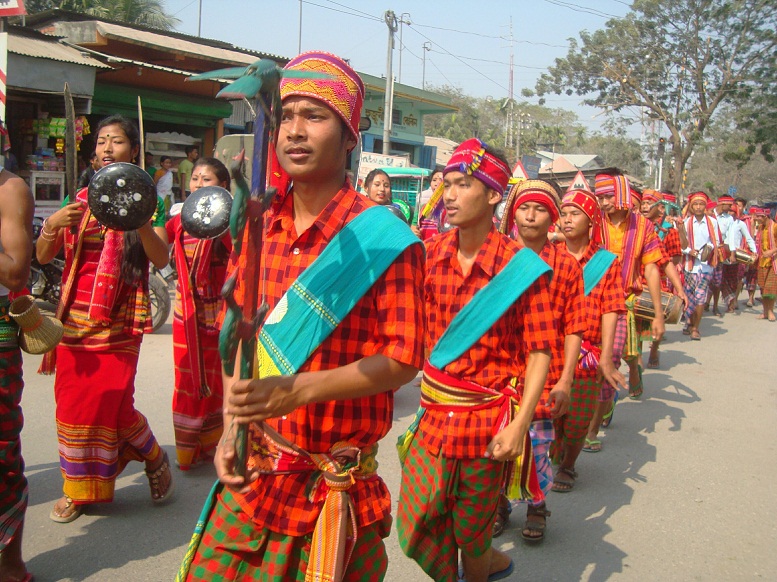 30 May 2008 - 2:09pm | Nava Thakuria
Soon after the declaration of the extension of Daw Aung San Suu Kyi's house arrest by the Burmese junta, the condemnation poured on the military rulers from the world communities. From the United...

Kokrajhar all set for counting

18 May 2016 - 6:16pm | AT Kokrajhar Bureau
Kokrajhar,haert of BTAD administration is all set for counting of Assembly polls for three constituencies in the district and Indo-Bhutan border areas have been kept closed contact with necessary...